Home News Dylan Mottley-Henry back with the Bantams

Dylan Mottley-Henry back with the Bantams 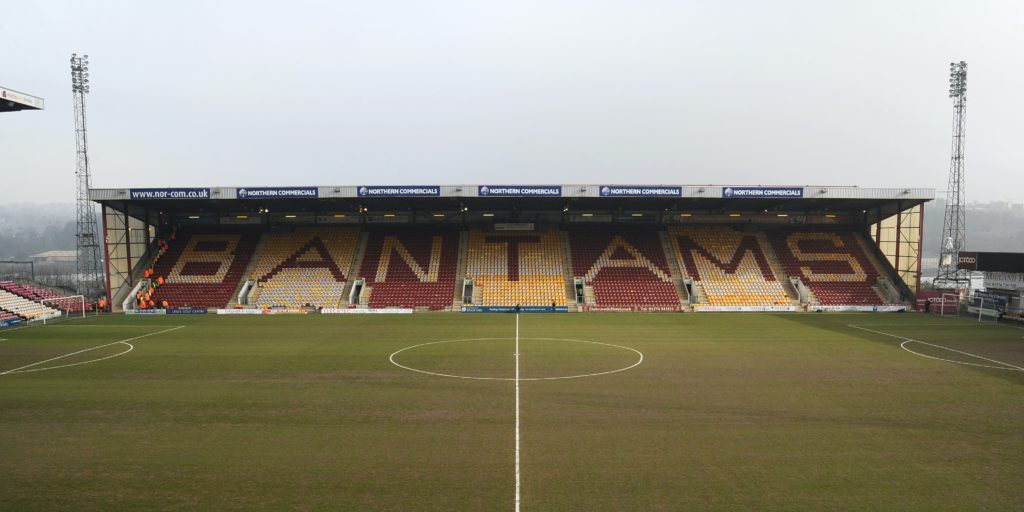 Winger has agreed a one-year deal.

Dylan Mottley-Henry has returned to Bradford for a third spell following his release at the end of the season.

The 22-year-old winger, a City academy graduate who played seven times after signing a short-term contract in January, has rejoined the Bantams on a one-year deal.

Mottley-Henry told Bradford’s official website: “It is a great feeling to be back. This period been very tough and no one really knew what was happening.

“The supporters are brilliant to me and I get nothing but good vibes from the club. I am ready to do everything to push on and get as many goals and assists as I can.

“This is a big club and we definitely do not deserve to be in League Two. We are going to prove that this season, push up the table and get promoted.”

Bantams boss Stuart McCall added: “We were always keen to keep hold of Dylan at the end of last season, if we could, so are delighted to have been able to do so.

“He is a fast, skilful lad who is very direct, so fits into the way we want to play really well.

“His attitude and desire is spot on so we are happy to have him in the squad and are looking forward to working with him again this season.”