Home News Andy Robertson: Liverpool will be as hungry as ever next term after title glory

Andy Robertson: Liverpool will be as hungry as ever next term after title glory 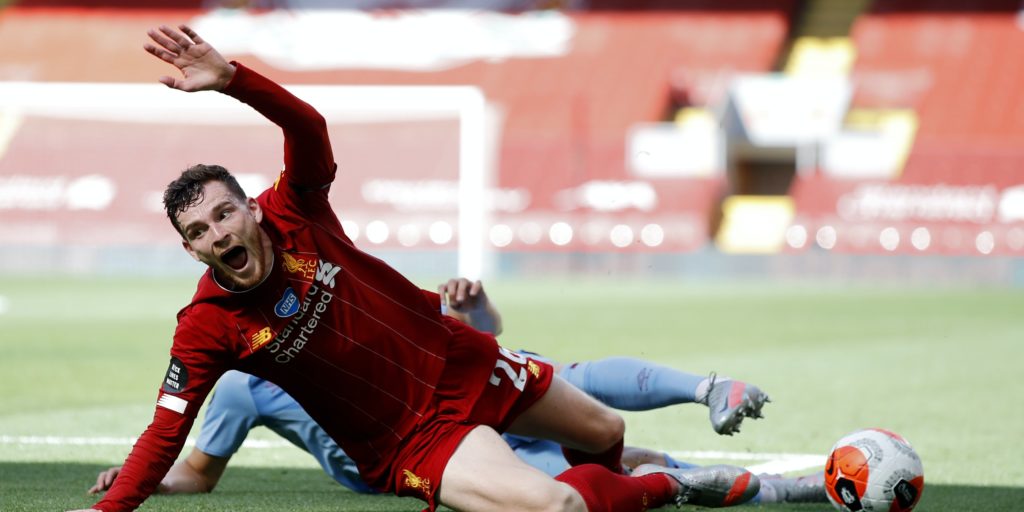 The Scotland international wants it to become the norm for Jurgen Klopp’s side to collect major silverware.

Liverpool defender Andy Robertson insists the motivation to win will burn just as bright next season as the players have a responsibility to bring trophies to the club.

Jurgen Klopp and his players will be presented with a long-awaited first league title in 30 years on Wednesday night after their final home match with Chelsea.

Despite them running away with it this year – their current lead is 18 points – having wrapped things up with seven matches remaining, Robertson said it will not dull their ambition and drive.

“We don’t want it to be a one or two-times-off, we want that to become the normal,” the Scotland international told Premier League Productions.

“We want that winning feeling every single year and that’s why after winning the Champions League (last summer) we stayed so motivated to go and win the Premier League.

“Our motivation will be there again to go and win all the trophies put in front of us next season.

“Teams are getting better, everyone’s making signings and trying to close the gap and I believe they will, (so) whether we’re good enough we’ll wait and see, but our motivation will be there.

“Our motivation to win trophies for this club is always there. You carry a responsibility when you put on this shirt and we all know that, we all buy into it.

“With the manager we’ve got, he doesn’t let us drop below 100 per cent. That will continue, so as soon as we do get to that point he’d be there to tell us otherwise and so would the captain.

“We’ve got really good characters in our squad that won’t let our standards slip – not that we ever would think about it.

“We’ve got a responsibility to try to bring trophies to this club. We’ve done well so far but it’s about continuing that.”

Midfielder James Milner admits a long-awaited title triumph fulfils the target he and his team-mates set themselves when they joined the club.

The 34-year-old moved to Anfield on a free transfer in June 2015, having already won the league with Manchester City.

“It was the reason I signed here in the first place and I’m sure it’s the case for the other lads as well – a club of this size and with its history,” he told the official matchday programme.

“The fact the wait had been so long meant it was a massive challenge to try and end it and create some of our own history.

“You can see what it means to everyone. The night it was confirmed we were champions, you could see the emotional impact. Not just on us and the manager but the supporters and the past players – the legends. Sir Kenny Dalglish, Steven Gerrard, so many of them.

“What this team has achieved means a lot to a lot of people and it’s special to be part of something like that.”

Liverpool continue to build for the future, however, with teenager Layton Stewart, who scored 16 times for the under-18s last season, signing a new contract.