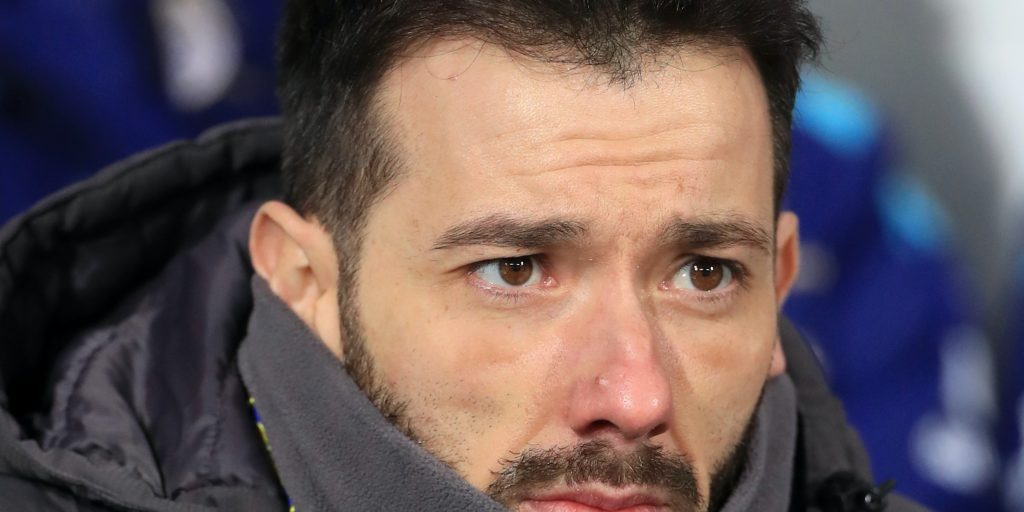 The 37-year-old had turned down previous offers and stayed at Elland Road.

Leeds owner Andrea Radrizzani has admitted under-23s coach Carlos Corberan deserves to “start a new journey” as a manager after being heavily linked with the vacancy at Huddersfield.

Reports on Monday suggested Corberan is in talks with the Terriers, who dispensed with the services of Danny Cowley at the weekend.

Neither Huddersfield nor Leeds have confirmed that contact has been made, but Radrizzani has revealed that the 37-year-old Spaniard had rejected previous offers to launch his managerial career to continue working under head coach Marcelo Bielsa, and that the time may have come to take the next step.

“I think it was a very good idea because we have proved that the co-management of the under-23s and the first team has created more opportunities for players.

“We’ve seen many players join the first team in this two years and this is thanks to the cohesion in the management that was a consequence of my request.

“But at the same time, I understand the ambition of Carlos. Already last year he had some opportunities to leave and become a first-team coach and I asked him to stay one year because we had an unfinished job.

“He did stay and now I think he needs to enjoy this moment of success with everybody. I know how much Carlos works and I think now it’s also good that he can take his own way and start a new journey to build himself as a first-team coach.

Bielsa, his staff and their players celebrated the club’s return to the Premier League as champions after a 16-year absence with a 3-1 Sky Bet Championship victory at Derby on Sunday.

They had been assured of their place in next season’s top flight when second-placed West Brom lost at Huddersfield on Friday evening in what proved to be Cowley’s final game at the helm.

Cowley and brother Nicky, his assistant, were relieved of their duties despite the fact that their win over the Baggies had ended the club’s relegation fears with chairman Phil Hodgkinson revealing they had “a different vision” for the way forward.

They were followed on Monday by first team coach Mark Hudson and head of performance services John Iga.

A statement on the club’s official Twitter account said: “#htafc can confirm that Mark Hudson and John Iga have today been relieved of their duties as First Team Coach and Head of Performance Services. We wish them all the best for the future.”