Home News No new issues for Brentford ahead of Barnsley battle

No new issues for Brentford ahead of Barnsley battle 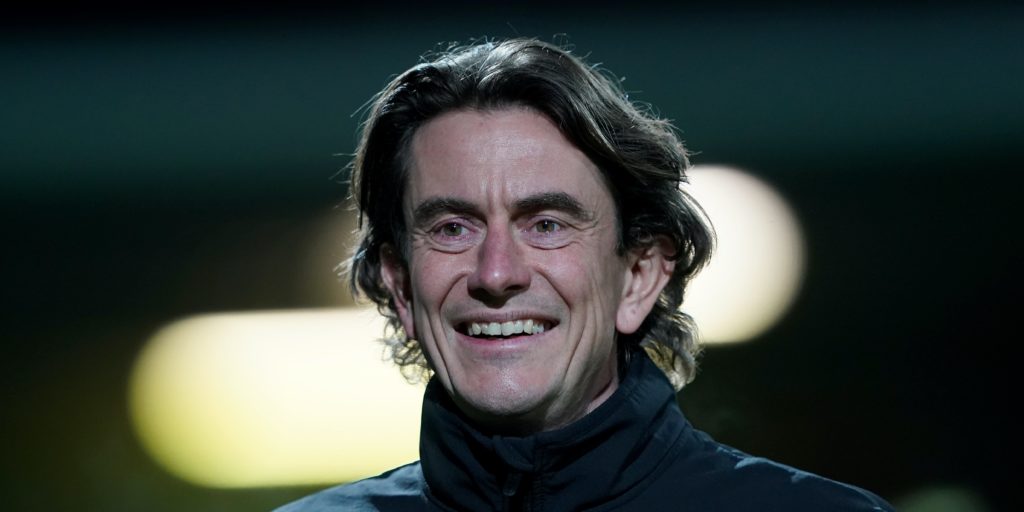 The Bees’ eight-game winning run came to an end at the weekend.

Brentford boss Thomas Frank has no new injury problems as his side take on Barnsley in their last chance of earning automatic promotion to the Premier League.

The Bees trail second-placed West Brom by a point going into the final round of Sky Bet Championship fixtures following Saturday’s 1-0 defeat at Stoke, though the Bees have a better goal difference.

Midfielder Shandon Baptiste returned as a late substitute at the bet365 Stadium after missing three games with a knee injury, and he will be keen to make up for lost time.

Frank made only one change at the weekend with Josh Dasilva replacing Emiliano Marcondes and is likely to field his strongest possible line-up once again after seeing the club’s eight-game winning run come to an end.

Barnsley’s need is equally pressing, if for very different reasons, as they attempt to drag themselves out of the bottom three on the final day of the season.

Their fate too is out of their own hands and even three points may not be enough to leapfrog both Luton and Charlton to safety.

Patrick Schmidt, who came off the bench to score a priceless stoppage-time winner against Nottingham Forest on Sunday, will hope for further involvement as Gerhard Struber’s men fight for their lives.

Struber drafted Luke Thomas and Marcel Ritzmaier back into the starting line-up against Forest and brought on leading scorer Cauley Woodrow as a half-time replacement for Kilian Ludewig.