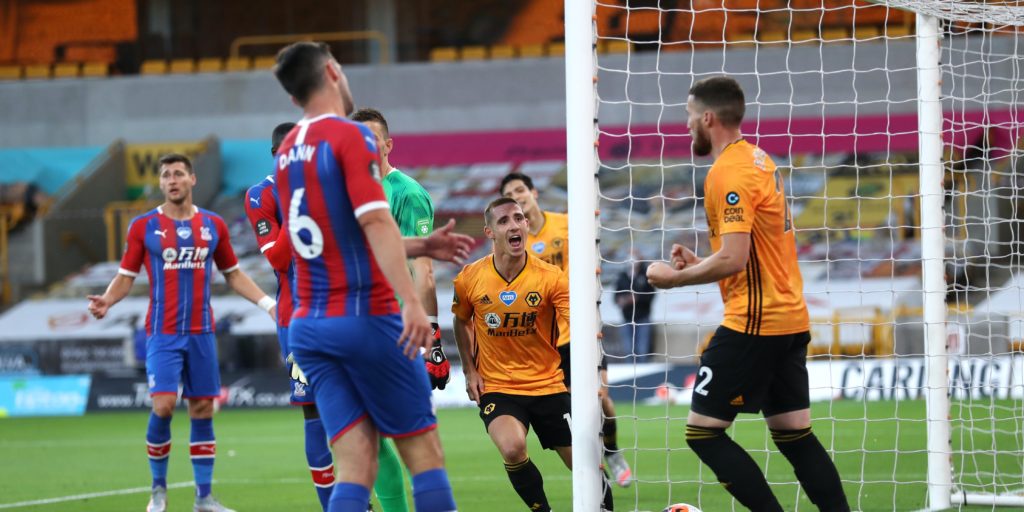 Wolves travel to Chelsea for their final Premier League game of the season.

Joao Moutinho has told Wolves not to let their standards drop ahead of the Premier League finale.

Victory at Chelsea on Sunday will guarantee a return to the Europa League and sixth place in the table.

Wolves beat Crystal Palace 2-0 on Monday to put them in pole position ahead of Tottenham to book the last assured European qualifying berth in the league.

Moutinho said: “The aims we have is to continue to work the same way that we have done until now. We know we’re going to have a tough game against Chelsea, a big team with good players and a very good coach who are fighting for the Champions League.

“It will be two good teams, but we need to do what we’re doing now in all of the games: try to do our job, try to control the game – which is not easy against a big team – and try to win.”

Nuno Espirito Santo’s side remain in this season’s Europa League and will reach a one-off quarter final against Sevilla or Roma if they get past Olympiacos in the last 16 at Molineux next month. They drew 1-1 in Greece in March.

“We are very happy. We played well, we played a good game and controlled the game. I think we deserved the win for what we did on the pitch,” Moutinho told the club’s official site.

“We created more chances than Crystal Palace. They are a good team, but we deserved this. This is what we work for every day, to come to the games and do our job to try and win the games.

“We want to continue to have these results. We think game by game and now we are already thinking about the next game against Chelsea.”

Palace slipped to a seventh straight defeat and have scored just twice across their wretched run.

Captain Scott Dann admits they have to find a way out of their streak, with the Eagles hosting Tottenham on the final day.

“There’s no hiding from it,” Dann said. “We’ve got ourselves in a little bit of a rut. In a few of those games we weren’t at the races and deserved to lose but in the majority of them we’ve had good performances and come away on the back of the wrong results.

“Hopefully we’ll get that result to knock that rut we’re in results-wise.”