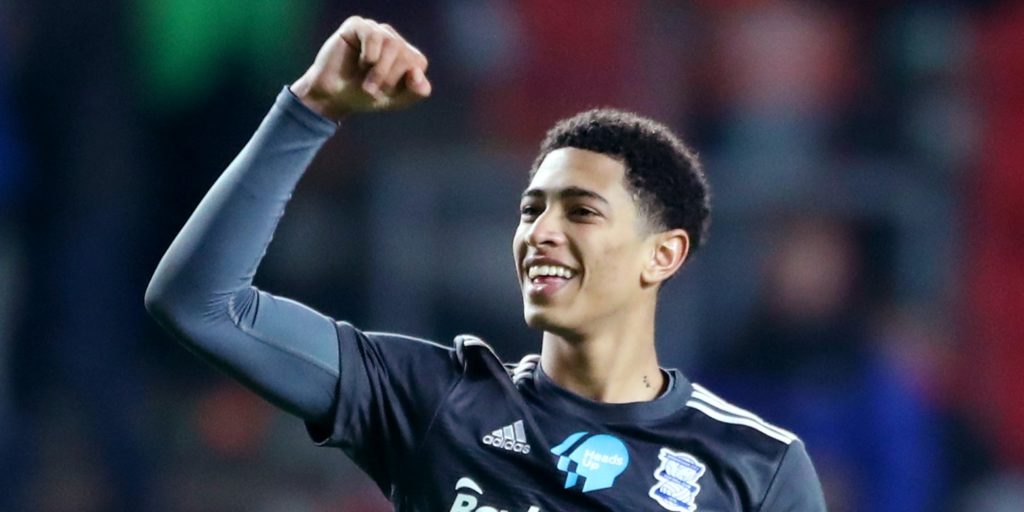 The talented teenager will be playing in the Bundesliga next season.

Jude Bellingham is set to make his final appearance for Birmingham when they host Derby on Wednesday night.

The 17-year-old midfielder has signed for Bundesliga giants Borussia Dortmund, for a fee reported to be in the region of an initial GBP 25million, but he will be available for Blues’ final match of the Championship campaign as they attempt to stave off relegation.

Jeremie Bela and Maikel Kieftenbeld are options for caretaker boss Steve Spooner should he wish to make changes to his starting line up.

Birmingham, who are two points above the relegation zone, will survive if either Luton or Charlton fail to win, or if they match the result of either the Hatters or the Addicks.

Derby look set to be without Tom Lawrence on the final day of the season.

The midfielder suffered a shoulder injury early on in the defeat to Leeds on Sunday.

Rams boss Phillip Cocu called the performance in the 3-1 loss “poor” and he could make changes at St Andrew’s. Max Lowe, Jason Knight, Graeme Shinnie and Jack Marriott are among the options available to the Dutchman.

Derby, play-off finalists last season, could still finish in the top 10 with a victory that would halt a four-game losing run.