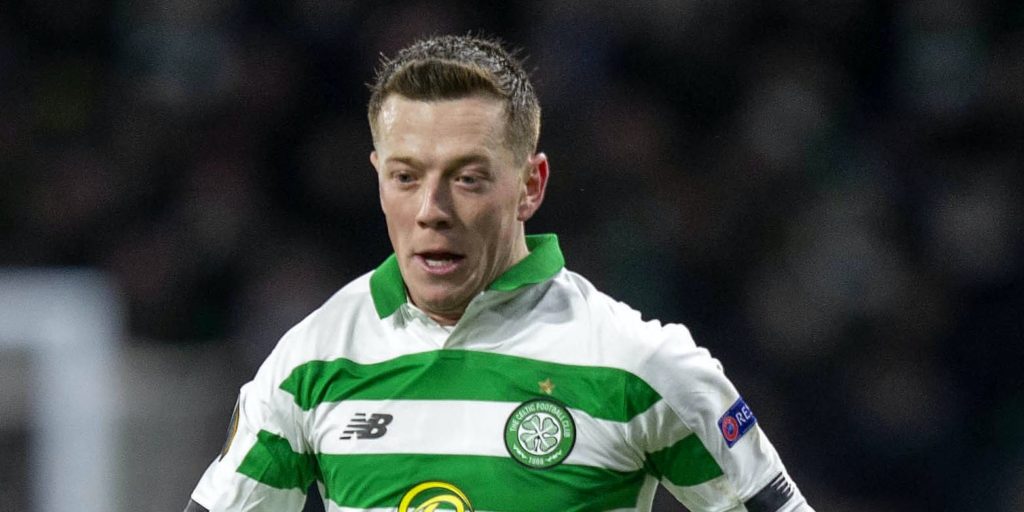 The Hoops were beaten 4-0 in Paris but McGregor feels the friendly will have benefited his team-mates.

Neil Lennon’s side were outclassed by Neymar and company at the Parc des Princes, with the French giants romping to a 4-0 win.

But stand-in skipper McGregor, who took the armband in the absence of injured captain Scott Brown, feels the friendly clash with the big-spending Parisians is just what the Hoops need as they get set for another assault on the group stages.

Celtic’s opening qualifier on August 19 is less than a month away and the Scottish champions will have to overcome four opponents before they can take their place among Europe’s elite.

But McGregor is sure his side will be more than ready for that quest having been pushed to the limit by PSG.

The Scotland midfielder told CelticTV: “We spoke about it in the changing room after the game. The Champions League is the level that we want to play at, so the PSG game is a nice taste of what could be.

“But we always know how hard it is to get there and that’s the level that we have to reach. It was a very good exercise, 90 minutes in the legs, and good to see the opposition.

“I felt good out there. It’s 90 minutes and a tough, tough shift as well. You could play a full game against lesser opposition and it’s not as hard on the legs, but that’s a real big shift where you’re always looking, running and concentrating.

“It’s mental and physical fitness. I think the boys are looking in good shape and we’ll try and take the positives from the game.”

Celtic showed some fleeting moments of quality against their hosts from the French quality but ultimately sank to a heavy defeat.

“It was tough,” added McGregor. “When you come up against top-class opposition, you know it’s going to be a test. It was a match that the boys were looking forward to, and you can obviously see the difference in quality.

“We conceded a goal a minute in, so we weren’t switched on from the start, but I think after that, we got to grips with the game a little bit more.

“We played the shape pretty well, and managed to stifle them on occasion. Against top-class opposition, then we were reasonably happy with that first half.

“We had some good opportunities on the counter-attack. You have to try and be a threat as well when you’re playing against a good opposition, and I thought we did that on numerous occasions, in the first half and the second.

“Our play probably did deserve a goal. Pre-season is all about fitness and, again, playing teams like this is a good test for us.”

Meanwhile, Celtic’s Ladbrokes Premiership clash with St Mirren at Parkhead on Saturday, October 31, has been postponed because of the Hoops’ involvement in last season’s rearranged William Hill Scottish Cup semi-finals.

Aberdeen’s trip to Hamilton and Hibernian’s clash with St Johnstone at Easter Road have also been affected, with new dates yet to be confirmed.