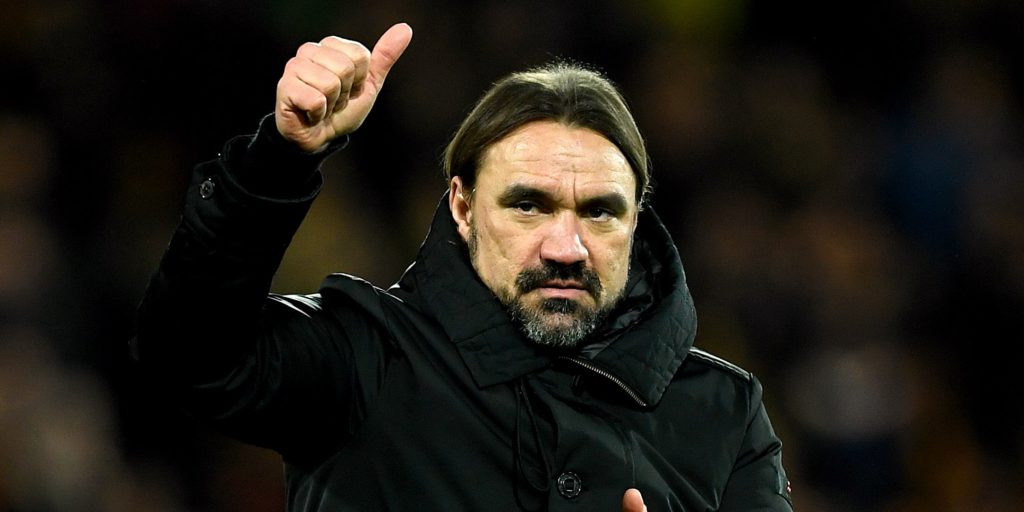 The Canaries have been quick to bolster the squad for next season back in the Championship.

Relegated Norwich have completed the signing of winger Przemyslaw Placheta on a four-year deal from Polish side Slask Wroclaw.

The 22-year-old will join fellow new recruit, Danish midfielder Jacob Sorensen, at Carrow Road next season as the Norfolk club prepare for life back in the Sky Bet Championship.

Poland Under-21 international Placheta also had a spell at RB Leipzig earlier in his career and is now ready to tackle life in England head on.

“I’m excited to sign with Norwich. This is the next step of my career and I’m happy to be here, so I will give my best for the team,” Placheta told canaries.co.uk.

“I spoke with the (Norwich) sporting director (Stuart Webber) and he told me all the things about this club. For sure, I was certain that I would make the move to Norwich.

“I saw that this is a team of young players, which is nice because we can be hungry for every game. We will try to do our best.

“I’m looking forward to playing in the Championship. I will do my best in training to fight for the team.”

Placheta added: “I’m an offensive player who can play on both wings. I like to run in behind the opponents and will try to do my best with the ball.

“One player I like to watch is Raheem Sterling, because he likes the space behind opponents like I do. He scores many goals.”

Subject to international clearance, Placheta will officially become a Norwich player when the transfer window opens on July 27.

Daniel Farke’s side will finish bottom of the Premier League, having lost all of their matches since the restart.

The German, though, feels Placheta will prove a valuable addition to the squad as he looks to plot a swift return to the top flight.

“Przemyslaw is an unbelievably interesting player. He has seen a lot in his young years and has spent some time in Germany,” Farke said.

“Of course, he will have to adapt to English football, but he has shown unbelievable consistency in his games, delivering goals and assists. He has an end product and is full of pace and bravery.

“We think he can offer something different for us, particularly in the one-on-one duels and in behind the defensive line.”