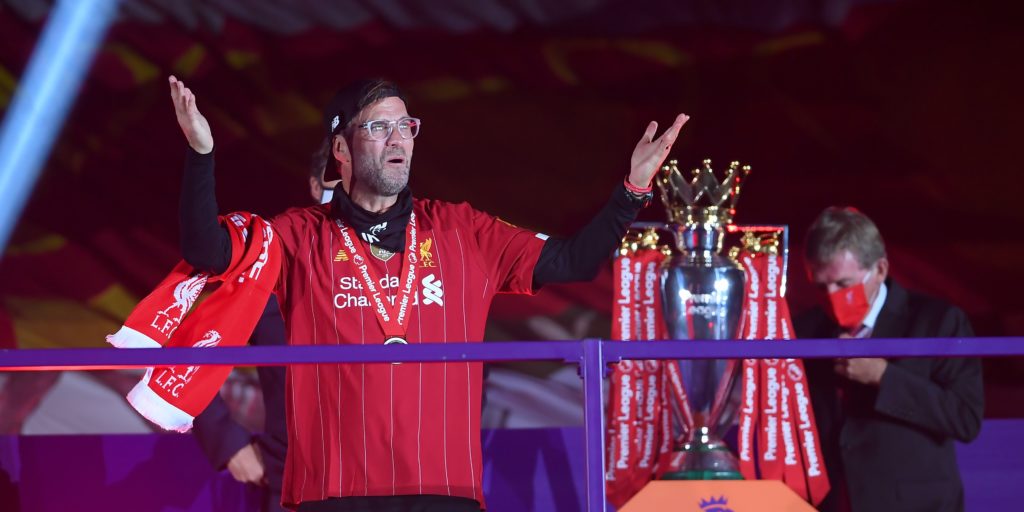 They finally lifted the trophy on Wednesday.

Liverpool manager Jurgen Klopp believes there is room for improvement in his squad even after their runaway maiden Premier League title win.

A 5-3 win over Chelsea was the ideal warm-up to the trophy presentation party which followed at Anfield, with injured captain Jordan Henderson finally get his hands on the one piece of silverware which has been missing for 30 years.

Liverpool effectively had the title sewn up in March before the coronavirus lockdown and head into the final weekend with an 18-point gap to rivals Manchester City.

Judging by the plans for another celebratory party back at the team’s hotel base in Formby, Sunday’s trip to Newcastle may be something of a let down but Klopp expects his players to come out fighting again when the new campaign begins.

More specifically that refers to the likes of Naby Keita, who impressed against Chelsea in another one of his good but sporadic performances since his move from RB Leipzig two years ago.

“Each player who played now the majority of the games can improve, that’s how it is,” said Klopp.

“The age group they are in, making better decisions, being clearer in whatever they do.

“We had a party, then we have to recover, then we play Newcastle. We have 96 points and it would obviously be really nice if we could get 99.

“It will be difficult but who cares – it was very difficult against Chelsea because they were so good and the boys did it any way.”

Virgil Van Dijk, captaining the team in the absence of Henderson, believes the mindset which has developed in the Liverpool dressing room means there is every chance they will push on again.

“We always find a way to win, we’ve been doing it all season,” the Holland international told Sky Sports.

“We had big results – Aston Villa away and Wolves away – those kind of moments where we just dig deep, find a way and got the result that we needed.

“That’s the least that the Liverpool fans want to see from us and that’s what we all want from ourselves, too.”