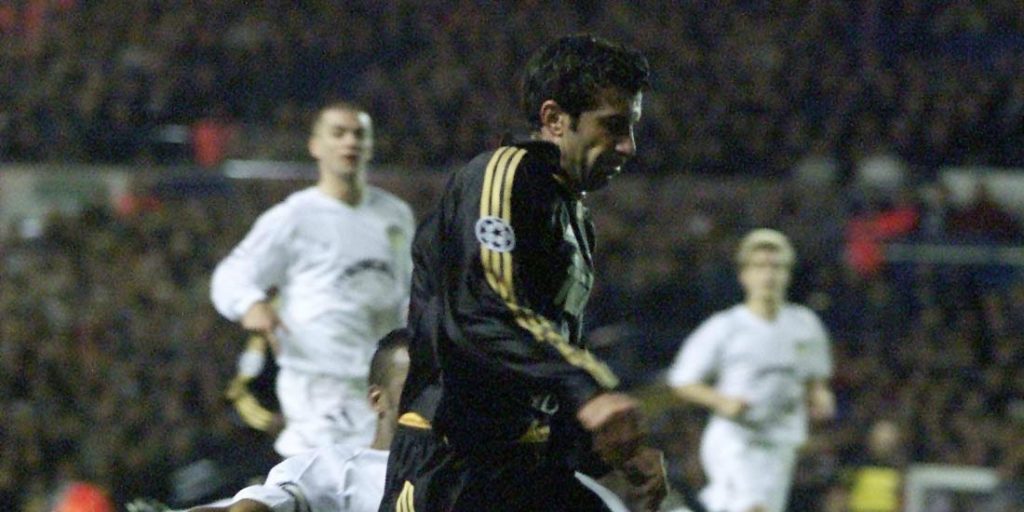 Madrid caused a huge stir by capturing the Portugal star from their arch-rivals.

Luis Figo became the world’s most expensive player on July 24, 2000 when he joined Real Madrid for GBP 37million from arch-rivals Barcelona.

The move stunned the footballing world as Figo, who had been Barcelona captain and previously pledged his future to the Catalan club, swapped the Nou Camp for the Bernabeu in a transfer that began Madrid’s famous ‘Galactico’ era of regular big-money signings.

Here, the PA news agency takes a closer look at the transfer and its implications for the Portuguese star.

The Catalan giants never accepted their former captain’s decision to leave for their biggest rivals, and on one return to the Nou Camp in 2002, Figo had a pig’s head thrown towards him as the fans expressed their disgust. He had previously celebrated winning the league with Barcelona by dyeing his hair in the club’s colours and during his five years at the Nou Camp he helped Barca win two league titles, the Copa del Rey twice and the UEFA Cup Winners’ Cup.

How did the move happen?

Figo had been selected as a high-profile transfer target by victorious Madrid presidential candidate Florentino Perez, who set his sights on the 27-year-old Barcelona star after a poll with the club fans in which the Portuguese came out as the most desirable addition to the team. It was a controversial move, with Figo having rumoured to have signed a pre-contract agreement with Madrid, on the terms that he had to move if Perez was elected.

Figo joined Madrid and became the first ‘Galactico’ – a term given to the high-profile, big-money signings of Perez’s presidency which later included the likes of Zinedine Zidane, Ronaldo and David Beckham. Zidane’s transfer in 2001 for GBP 46.6 million from Juventus eclipsed Figo’s move as the Frenchman became the world’s most expensive player.

Figo won two league titles and a Champions League in his first three seasons at the Bernabeu. The Portugal winger also won the Ballon d’Or in 2000 for his performances that year both at Barcelona and Madrid. However, the successful early years dried up and Madrid won nothing from 2003 to 2005, when Figo moved to Inter Milan on a free transfer.