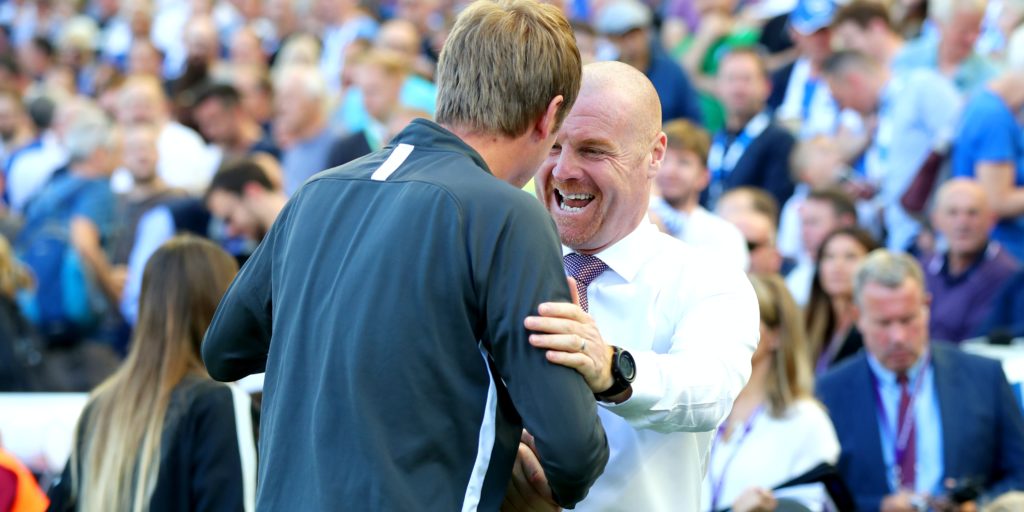 The Clarets are guaranteed a top-half finish.

Sean Dyche’s in-form side are guaranteed a top-half finish in the Premier League on the back of a seven-match unbeaten run during which they amassed 15 points.

Despite their successes, the Clarets often attract negative comments for their direct and physical approach to games.

Albion complete the top-flight season at Turf Moor on Sunday and Potter, who prefers a possession-based strategy, believes the opposition deserve greater recognition.

“All the guys at Burnley have been fantastic in terms of the points they have got this season.

“The way they play football, it’s probably a little bit disrespectful at times the negative comments.

“But I see what they do. They do it well. They can mix the game up. They are effective. They play good football, they can press high, they can defend their goal.

“They’re an experienced Premier League team, they’ve got an amazing points tally and full respect for them.”

Victory in Lancashire would give Brighton a club-record Premier League points tally of 41, surpassing the 40 they managed under Chris Hughton two seasons ago.

Albion, who secured survival against Newcastle on Monday, are also battling West Ham for 15th position.

Finishing above the Hammers would bring additional prize money and, with the full impact of the coronavirus pandemic yet to be felt, Potter admits that provides an added incentive.

“Finances have been challenged at this level, as throughout football,” said Potter.