Hayden Mullins confident Watford will focus on their own business 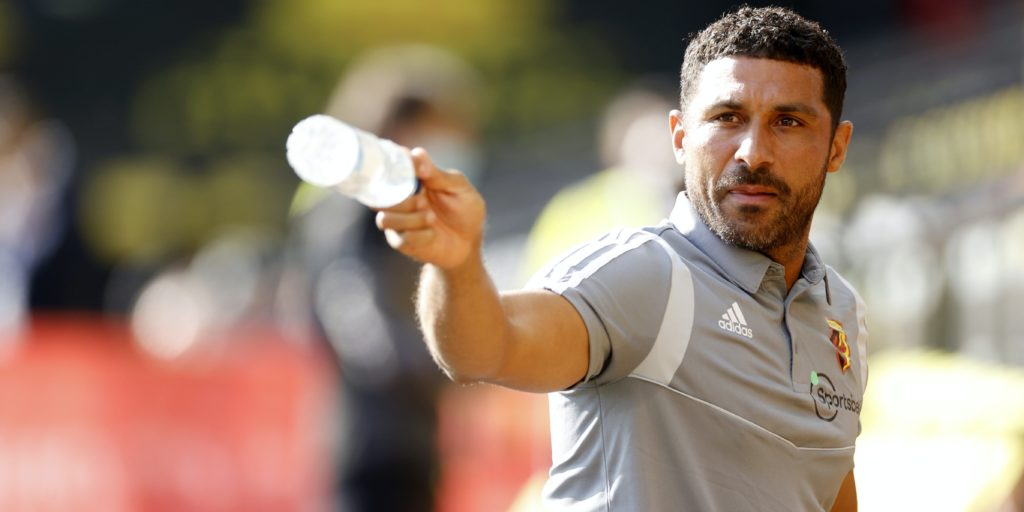 The Hornets sit 18th in the table and need to better Aston Villa’s result at West Ham to stand any chance of avoiding relegation.

Watford caretaker manager Hayden Mullins has backed his players to focus on the job at hand as they travel to Arsenal on Sunday looking to secure their Premier League status.

The Hornets sit 18th in the table and need to better Aston Villa’s result at West Ham to stand any chance of avoiding relegation.

Mullins took charge last weekend following the shock departure of Nigel Pearson but could not stop Watford falling to a 4-0 thrashing at the hands of Manchester City on Tuesday night.

The defeat, coupled with Aston Villa’s surprise win over Arsenal, means Watford face the Gunners knowing their fate is no longer in their own hands.

But Mullins feels his players will be able to keep their minds occupied on the task of getting a result at the Emirates Stadium and not concern themselves with what is happening elsewhere.

“I think the players, once they cross the line and the game starts, as a professional player a lot of the emotion and what is going on outside of the the game goes away,” he said.

Under normal circumstances, the results from other games often filter down from the stands – but, with stadiums empty due to coronavirus lockdown rules, that will not be the case this time around.

Mullins insists he will not have anyone watching the Villa game, or 19th-placed Bournemouth’s trip to Everton, but is likely to know what is going on and how it impacts on what Watford need to do to stay up.

“I don’t think we will have anyone tuned in specifically for that,” he said.

“We will probably find out what is going on, it is just natural that there are people around who will have to keep us up to date on the results.

“It won’t be something I spend a lot of energy on and worrying about, it is about trying to get us right and if we get it right then we will have a look at the rest after.

“I think the boys will be tuned in to what is happening, at times if we need to get messages onto the pitch we will but the messages will come from the sides – they just need to concentrate on their jobs.”