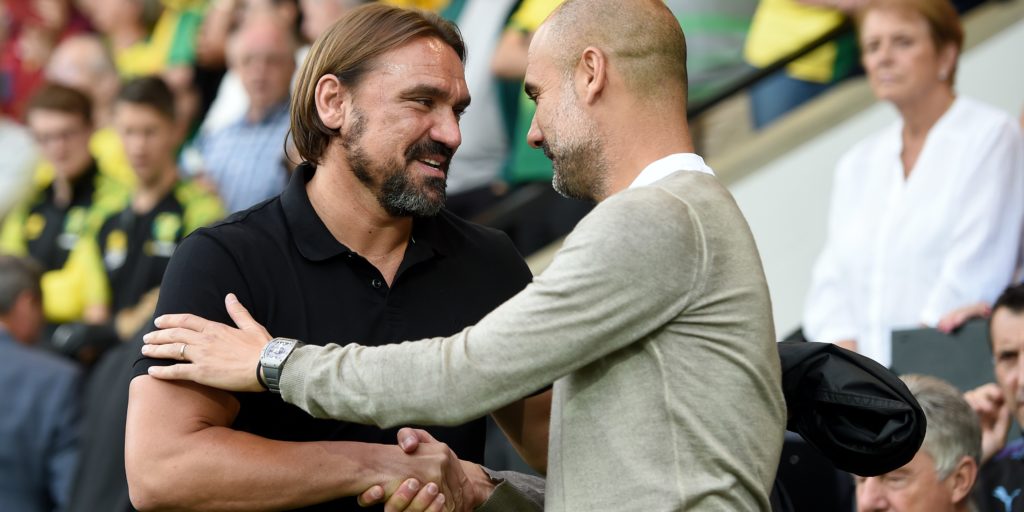 The Canaries stunned Manchester City at Carrow Road back in September but have been relegated back to the Championship.

Daniel Farke insists this season has been “unbelievably important” for Norwich as they plot an unlikely double over Manchester City on the final day of the Premier League campaign.

A 3-2 win over Pep Guardiola’s side in September remains the highlight of the Canaries’ season, which will see them finish bottom of the table.

The Carrow Road club continued plans for the new term this week with the signings of Jacob Sorensen and Przemyslaw Placheta.

Both are unable to feature for Norwich at the Etihad Stadium on Sunday, while Alex Tettey (knee) and Timm Klose (hamstring) join Grant Hanley, Sam Byram and Moritz Leitner on the treatment table for last season’s Sky Bet Championship winners.

“For the mid- and long-term future for the club, this season was unbelievably important,” Farke told a press conference.

“We would like to come back to the Premier League sooner rather than later. It’s a big challenge to go back to the Championship.

“The Premier League is the best league in the world, but the Championship is easily the toughest and most complicated. We want to compete and achieve something special, that’s possible in the Championship.”

Manchester City have won their last four league games, but were beaten by Arsenal last weekend in the FA Cup semi-final.

It offers hope to Farke and yet he is realistic about what needs to happen for them to obtain a positive result on Sunday.

“In order to get a point or three, we need Man City to be off as well as us playing well. Even if they use 95 per cent of their level most teams won’t have a chance.

“Many teams have been thrashed by Man City in recent weeks, but they lost to Arsenal so we are aware of what we face.

“It’s important to be respectful, but also brave. We need to take their quality away from in front of our goal.”

With fans still not able to attend matches, the Norwich faithful will have to bid farewell to the Premier League from the comfort of their own homes.

Farke said: “It’s a big thank you to the fans for all the trust and unity. Sometimes you have a poor day and everyone is disappointed, it’s normal to be criticised. It just shows how much the club means to them.

“We still feel that they want us to be on our best level and help us in the difficult times, hopefully we can pay something back as soon as possible.”