Ralph Hasenhuttl takes pride in his and Southampton’s progression 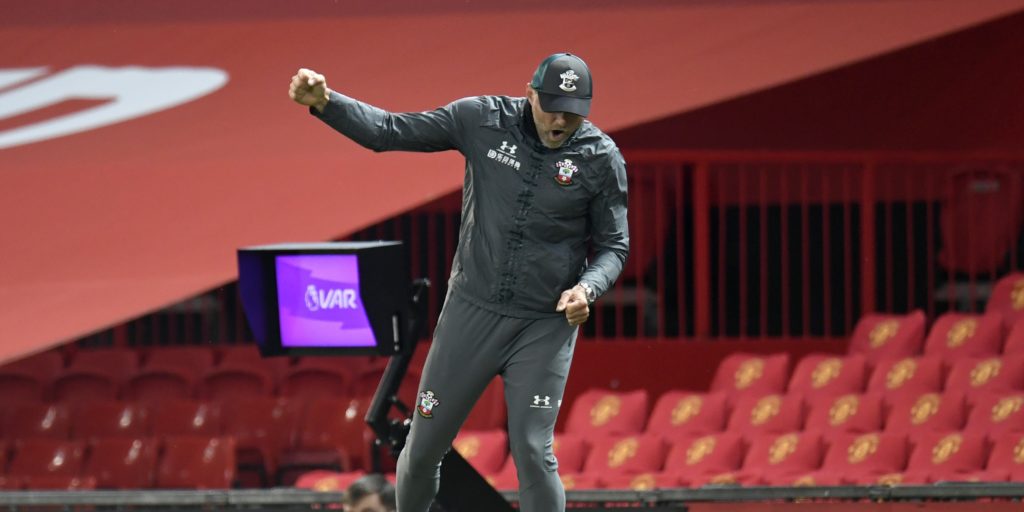 The Saints were thumped 9-0 in October but have finished the season well.

Ralph Hasenhuttl believes he has developed from a “child of the Bundesliga” after guiding Southampton to a comfortable position in the Premier League.

Saints have long been safe from relegation, a position few could have foreseen when they lost 9-0 at home to Leicester at the end of October.

But Hasenhuttl has overseen an impressive turnaround at St Mary’s and believes his side are on a different level as they prepare to face Sheffield United in Sunday’s final game of the season.

Asked if he needs to buy new players or whether he can get even more out of the current squad, the Austrian said: “Good question, very good question.

“I don’t know what our limits are when you see this season, how our game developed and what games we played, the win against Man City and everything.

“It’s not a guarantee for next season but we are definitely on a different level in possession but also against the ball and this gives me a lot of confidence.

“But you never know how strong the other teams are coming back from the break and how many new players they buy. I am always a friend of continuous development and it’s sometimes easier with the same players, but that does not mean that we don’t need fresh blood.”

Hasenhuttl admits he doubted his abilities following a difficult early part of the season and is taking nothing for granted next campaign.

“Sometimes I felt that the trust in me was more from the outside than from myself in the difficult September and October,” he said. “But I never stopped searching for the right steps for the changes we had to do.

“We can all be very proud of what we have achieved this season, because it is an amazing turnaround that we’ve made, but next season we start again on zero points and we have to have a better start than we did this season.

“I am very often speaking about being a better manager than before. It is our goal to never stop learning, to always ask critical questions of yourself.

“Like my players I have also developed my game in the last few months because in the Premier League you play against some of the best teams in the world and if you don’t do a good job, if you are not tactically perfect, then you have no chance.

“This is a fantastic playground for every manager to develop himself. I was a child of the Bundesliga, where I learned a lot, but I feel I have also made the next step in my own development as a manager.”