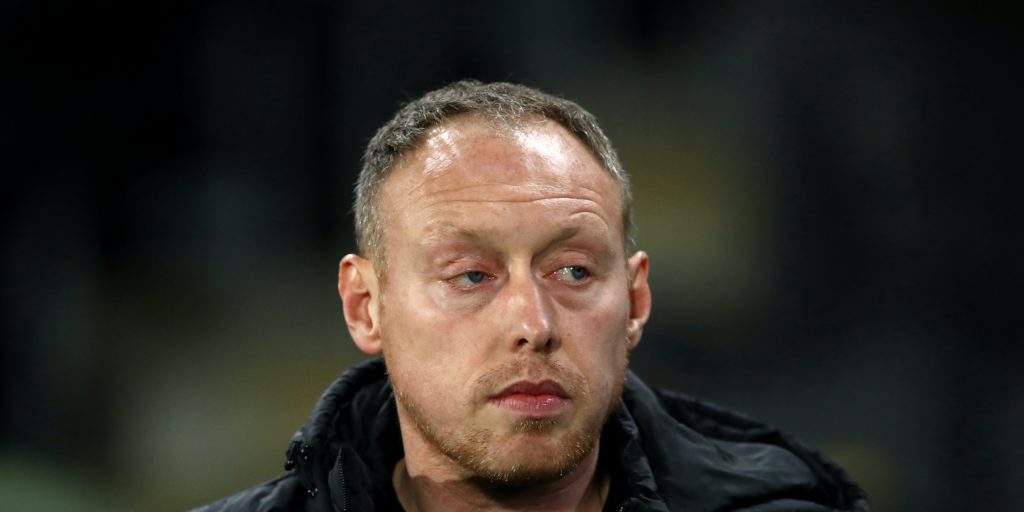 The Swans secured a top-six place in dramatic fashion with a 4-1 win at Reading on the final day.

Swansea face Brentford, the Championship’s top scorers, while Cardiff and Fulham – who were both relegated from the Premier League last season – meet in the other semi-final.

“The other three teams in the play-offs are at a completely different stage to us,” said former England youth boss Cooper, who has guided Swansea to sixth spot in his first season of management in senior football.

“The expectations are really high elsewhere.

“Brentford have bought players and the other two semi-finalists are two of the most resourced squads in the league.

“The strength in depth they’ve got is ridiculous really compared to us.

“But we don’t mind that. We are feeling good, we are hungry and focused.

“We love the fact we’ve got loads of young players and like playing in a certain way.”

Swansea secured their play-off spot on a crazy final night on Wednesday, when they won 4-1 at Reading and Nottingham Forest lost 4-1 at home to Stoke.

Those two results engineered the five-goal swing that Swansea – who have been fired by Liverpool youngster Rhian Brewster’s 10 goals since his January loan move – needed as Forest were shaded out on goal difference.

“I’ve read a couple of things about us scraping into the play-offs,” Cooper said.

“You can’t scrape in over 46 games. We deserve to be there.

“We’re in a really good place, we’re playing well. I’d be lying if I said we weren’t feeling good about ourselves.

“We’re not ready to stand still. We’re so committed to improving and getting to where we want to be.”

Brentford boss Thomas Frank has promised the Bees will rediscover their sting after missing out on automatic promotion.

Frank’s side finished third – two points behind second-placed West Brom – with a 2-1 home defeat to lowly Barnsley on Wednesday costing them dearly.

“It was painful and hurt a lot on Wednesday night,” Frank said.

“It was a slightly better feeling when I found that the sun actually rose again on Thursday morning.

“There’s only two options in life. You can sit down and cry, think the world is unfair and things are against you.

“Or you can stand up and fight. Of course that’s what we have chosen to do.”

Frank insisted the hurt of missing out on automatic promotion would not derail Brentford’s Premier League dream.

“I look forward now, but when we look back at the season it is the best season in more than 70 years,” said Frank, whose team beat Swansea 3-0 and 3-1 in the regular season and finished 11 points above them.

“We need to remember it’s 46 games. Yes, the final one was decisive, but I could probably find a point or two in different places.

“I personally think we are still the in-form team in the play-offs if you look at the last nine games.

“We came third, so to me we are the better side of the four teams in the play-offs.”