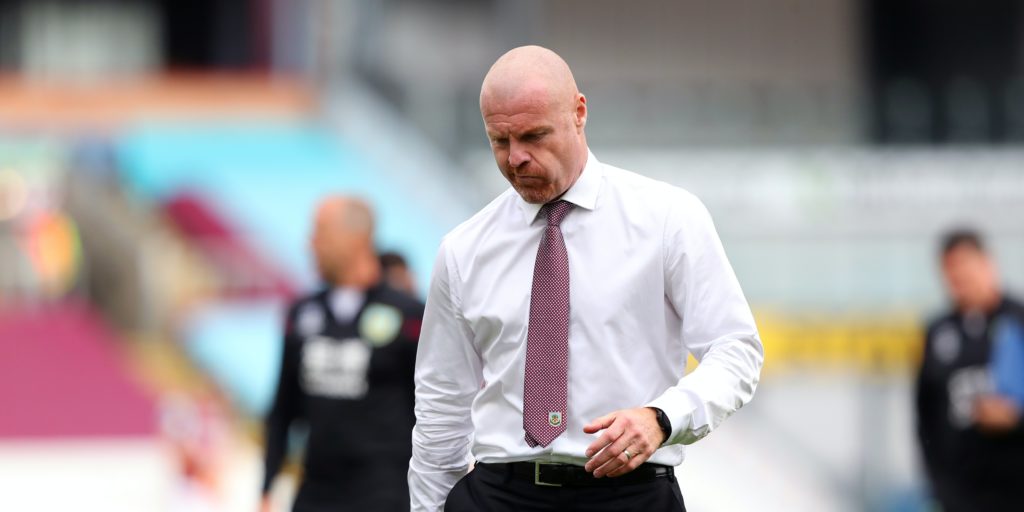 Sean Dyche laughed off questions over his Burnley future after a strong finish to the Premier League season ended in a whimper as they were beaten 2-1 at home by Brighton.

There was no Golden Glove for Nick Pope, pipped to the post by Manchester City’s Ederson, and no Premier League points record for Burnley as Yves Bissouma and Aaron Connolly struck either side of Chris Wood’s goal to earn three points for an impressive Brighton side.

The VAR was also kept busy, ruling out what looked like a Jay Rodriguez equaliser for offside, denying Burnley an early penalty and making a lengthy check on Connolly’s winner.

It was Burnley’s first home league defeat since New Year’s Day, an outstanding run given the challenges the Clarets have faced on and off the pitch since the season restarted.

Dyche’s future has been in focus after he voiced his frustrations with the club’s board when a raft of players left out of contract in June, leaving the Clarets short-handed as injuries also hit.

The 49-year-old has repeatedly said when asked about his future that “things can change in football”, and he offered no further guarantees after the full-time whistle.

“I’ve been asked that question about 4,000 times and I answer the same every time,” he said. “I’ll be going on holiday tomorrow, that’s what I’ll be doing.”

The season may have ended in defeat, but with Burnley in 10th position on 54 points, they are once again punching well above their weight, two years after the same points total earned them European football, begging questions of what Dyche might be able to do with more resources.

“Every manager is ambitious,” he said. “We’ve been ambitious within the framework we’re given. Ambition here is making the best we can of everything we’re given and that’s a big challenge.

“We’re trying to rinse every drop out of every situation. It can be tough at times but it’s also enjoyable.”

Dyche had no complaints over his team’s performance, having once again named an unchanged side with resources stretched to the limit.

But on the day they did not have enough to match a Brighton side who threatened repeatedly on the counter-attack and might have scored more.

The win saw the Seagulls set a points record of their own, climbing up to 15th place on 41 points a week after securing their Premier League safety.

“It’s nice to sign off with three points against a team it’s not easy to get them against,” Graham Potter said. “We can go into a little break and have some time with the family, hopefully enjoy that and come back and try to improve.”

Much of that work might be done in the transfer window, though Potter would not be drawn on links with Liverpool’s out-of-contract midfielder Adam Lallana.

“There’s a lot of names in the paper at this time of year but with the greatest respect I just speak about the guys at our club,” he said. “We’ll use the window to improve if we can find the right players but it would be unfair for me to comment on speculation.”