Steven Gerrard eyes another friendly to ensure Helander gets his Fil 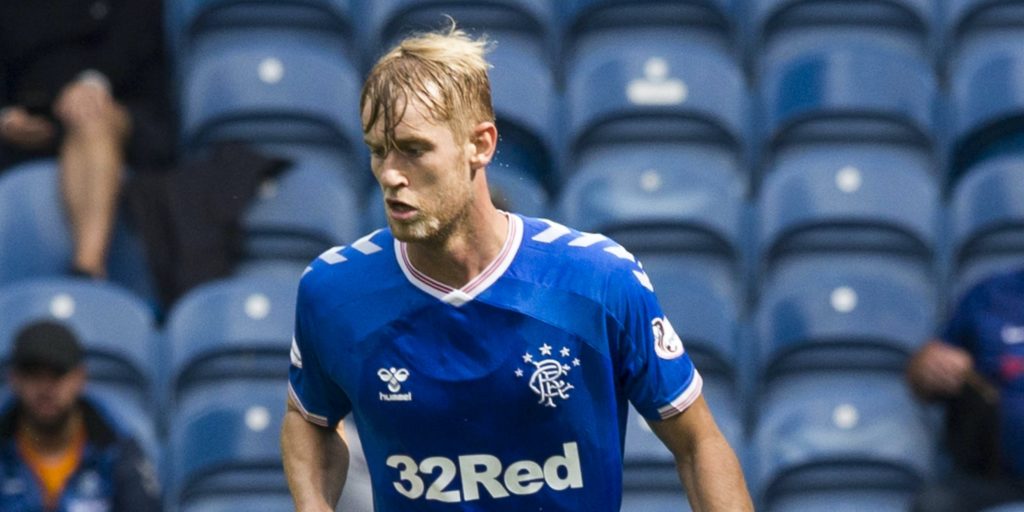 The Swedish defender is working his way back from injury ahead of the new SPFL season.

Rangers boss Steven Gerrard hopes to line up another behind-closed-doors friendly this week as he bids to get Filip Helander ready for the new season.

The big Swede made his first appearance since injuring his foot in December’s Betfred Cup final defeat to Celtic when he came on for the final half-hour of Saturday’s Ibrox friendly with Coventry.

The 2-0 win over Mark Robins’ English League One winners was the fourth and final live TV workout for Gerrard’s team. But he now hopes to arrange a training-ground clash on Tuesday to ensure Helander gets in some more much-needed minutes before Gers travel to Pittodrie on Saturday for their Scottish Premiership opener with Aberdeen.

The Ibrox boss – whose side claimed victory over Coventry thanks to goals from Joe Aribo and Connor Goldson – said: “I don’t think the results are super important at the moment.

“It’s more about getting minutes and valuable game time into the players so they are ready individually for a long season. In terms of the results and the performances we’re pretty content and happy.

“One of the big reasons for trying to get a game on Tuesday is to try and add to the 30 minutes Fil got today. The idea will be, can he go for 45-60 minutes to get him in better condition and available for the Aberdeen game?

“Will he be available for the start? I think it will be touch and go. He’ll be fit enough in terms of the injury but it’s whether we think he’s going to be sharp enough with enough minutes in his legs to go from the start against Aberdeen.

“If we can get the game on that could be a big factor in whether he’s available to start or not.”

But Gerrard is confident Steven Davis will make the trip to the Granite City after sitting out the clash with the Sky Blues.

He said: “He’s got a little achilles niggle. He had it a couple of weeks ago but it only lasted a day or two then he came back into training. It flared up again yesterday and we just didn’t want to take the risk.

“We’re hoping he’ll be back in a couple of days. It’s nothing serious.”