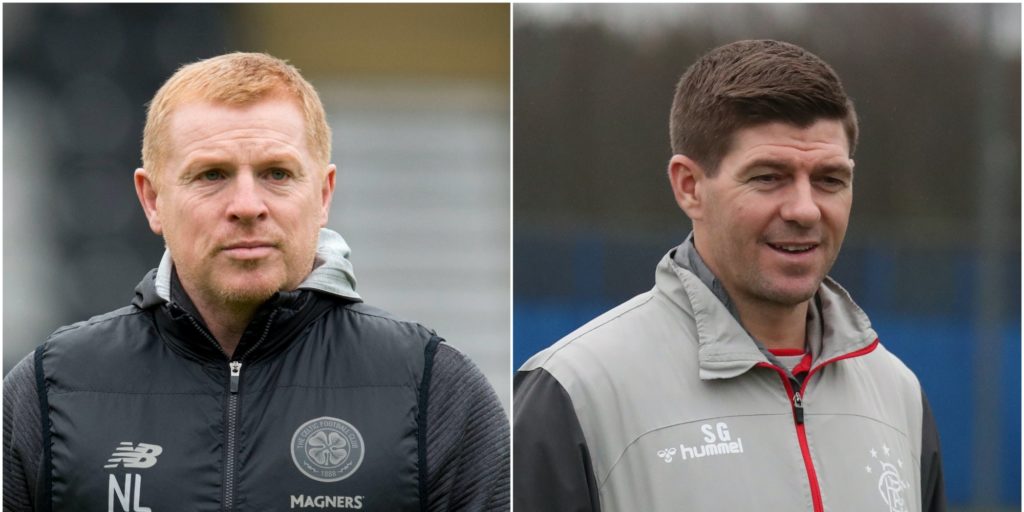 Rangers will hope for their first SPL title since 2010-11.

Football leagues across the globe are preparing for a season like no other as the world learns how to cope with Covid-19.

But Scotland will experience a momentous top-flight campaign for another reason. Realistically, either Celtic will clinch a record 10th consecutive title or Rangers will win their first championship since they emerged from the Ibrox liquidation of 2012.

Both halves of Glasgow had previously enjoyed nine successive titles before Celtic did it for a second time when last season was called in May. Bragging rights which far transcend a normal title success are at stake.

The 1997-98 season offers a taste of what lies ahead. Wim Jansen achieved hero status in his only season in the east end of Glasgow by leading Celtic to the title and ‘stopping the 10’ against the odds as Henrik Larsson announced himself to the Parkhead faithful.

The ferocity of one of world football’s most relentless rivalries heightened even further. Former Celtic midfielder Paul Lambert claims nothing else in his career came close to the intensity of that season and he ranks it as his most important trophy win. This from a man who won the Champions League with Borussia Dortmund a year after leaving Motherwell without any firm offers.

However, Neil Lennon has claimed his Celtic players are not under the same duress as they were last term.

Speaking after confirmation of their latest success, the Hoops boss said: “I wouldn’t say the pressure is off but it’s certainly not as intense. They have equalled nine now and going for 10 is something very special and something we can all look forward to.”

The heat is most certainly on at Ibrox. While Steven Gerrard has been afforded time courtesy of the years of struggles on and off the park which preceded his arrival, the former England captain will know he has to deliver trophy success after two barren years.

The Liverpool hero retains the trust of the Gers support not just because of his standing in the game but after delivering definite improvement and securing unexpected progress in each of his two European campaigns.

But the Ibrox support have been starved of a major trophy since 2011 and Gerrard faces the prospect of being revered like Jansen is in the other half of Glasgow, or known in the city as the man who failed to stop the 10.

Both managers have their challenges. Rangers’ title push collapsed after New Year in each of the past two seasons and, with Jermain Defoe nursing a hamstring injury, he has to keep Alfredo Morelos motivated after the previously prolific striker struggled following the winter break.

Lennon needs a new goalkeeper and will be desperate to keep Odsonne Edouard fit and at the club, particularly after Leigh Griffiths reported for pre-season out of shape in a throwback to the days when footballers piled on the pounds during long close seasons.

The 1998 title race actually featured a third party in Hearts, who finished seven points adrift of Celtic after winning just one of their last seven matches.

Although Aberdeen and Motherwell have kept the bulk of their squads intact, the financial impact of the pandemic will make the chances of the Premiership being anything other than a two-horse race even more fanciful.

But the absence of crowds inside Ibrox and Celtic Park in the opening months of the season at least could theoretically pave the way for more shocks than usual. Equally, the big two will not face the hostile atmosphere that often greets them on the road.

Either way, the closed-door environments will not shield both the Rangers and Celtic squads from the desperate demands of their fans to prevent or create history.

Elsewhere, Hibernian and Livingston will aim to build on impressive runs before the pandemic struck and St Johnstone are well placed to cope with the departure of Tommy Wright after appointing his former assistant, Callum Davidson, and maintaining a settled squad.

St Mirren and Kilmarnock will be looking for improvement while Ross County and Hamilton will be happy to avoid the drop.

Incredibly, the identity of the 12th team in the top flight remained uncertain going into the week of the season kick-off with relegated Hearts’ challenge to their demotion and Dundee United’s promotion being considered by an arbitration panel.

The extraordinary build-up, coupled with teething problems for the coronavirus testing regime, will surely not be the end of the drama.