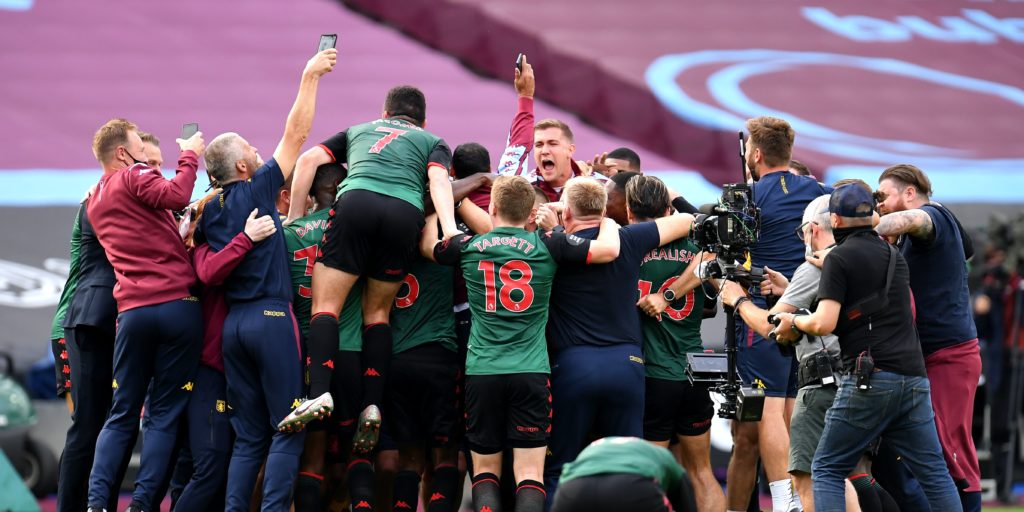 Villa were seven points from safety heading into their game against Crystal Palace on July 12.

Conor Hourihane has called on Aston Villa to learn from this season’s struggles and push on when the new campaign begins.

Villa secured their Premier League survival on the final day after a 1-1 draw at West Ham kept them up by a point.

Captain Jack Grealish fired them into the lead with six minutes left, before he deflected a long-range Andriy Yarmolenko shot into his own net to set up a nervy finale.

But Villa, who were seven points from safety heading into their game against Crystal Palace on July 12, held on to complete their version of the great escape.

Midfielder Hourihane told Villa TV: “It’s been a roller-coaster of emotions with last-minute defeats, ups and downs, and we’ve not been consistent enough over the season.

“But being in the middle of the pitch with the staff, players, and all the injured lads at the end of the game – we were just over the moon.

“On the pitch, it wasn’t too bad but then with 15 minutes to go I got taken off and it was a nightmare because you can’t affect the game.

“We were getting results and updates every other minute. When you’ve come off and people are giving you updates, it was heart attack stuff.

“I’m delighted for the club. It’s a massive, massive football club and everyone knows we shouldn’t really be in this position. Hopefully we can build on this season and move forward.”

Hammers boss David Moyes is also looking to climb the table next term after they only secured their safety with a match to spare.

It was the second time Moyes has saved the club from relegation, having been parachuted back in following Manuel Pellegrini’s sacking in December.

“There always will be because it is a well-supported, big London club, but the expectation is there because there was a lot of money spent over the years and the team should be higher up the league.

“But you tend to finish where you deserve to be and we have to make sure we improve on that if we can.”