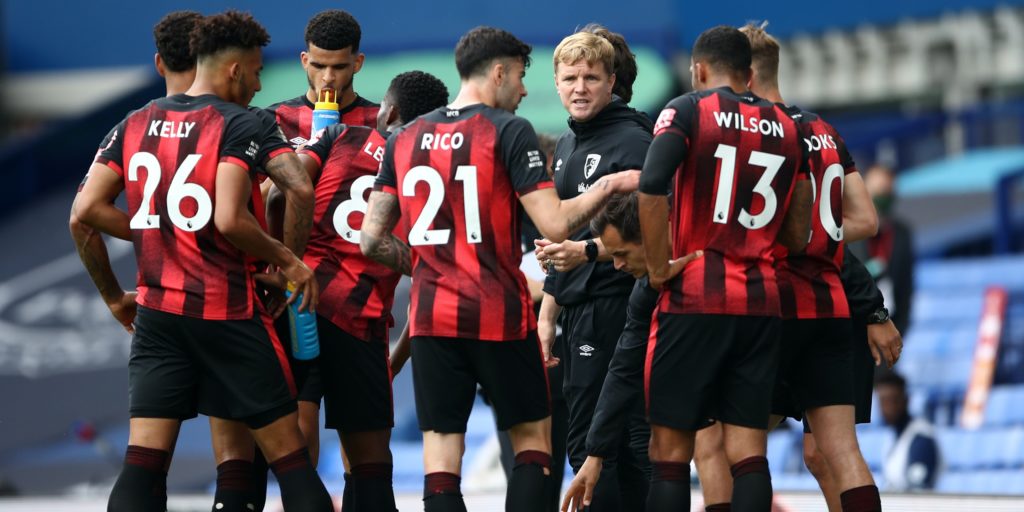 The Cherries’ five-year stay in the top flight was ended despite a 3-1 victory at Everton.

Bournemouth manager Eddie Howe tried to put on a brave face after relegation from the Premier League by insisting the club still had a bright future.

The Cherries’ five-year stay in the top flight was ended despite a 3-1 victory at Everton as Aston Villa’s draw at West Ham saw Howe’s side miss out on safety by just one point.

Bournemouth managed to win just two matches after February 1 – both in the final fortnight of the season – but when they came they were convincing with them strolling past an unmotivated Everton having also hammered Champions League-chasing Leicester 4-1.

The 31 points dropped in that period, even taking into account draws against Tottenham and Chelsea and narrow 2-1 defeats to Liverpool and Chelsea, proved costly but Howe tried to see the positives with a return to the SkyBet Championship only six weeks away.

“There are some incredibly talented players within the squad,” said the manager, who will hold talks with the board regarding his own future.

“We’ve been through a big transition in the last 18 months: from a settled squad to making a lot of changes in the personnel because of injuries.

“We have a lot of young players and that is an exciting prospect for the future.

“There have been so many great moments within the five years: we really attacked the Premier League, we gave it our best shot. It was an incredible ride and incredible journey.

“I think we were great for the Premier League, that such a small club can hold it’s own at that level. I think we were a great inspiration for other clubs.”

For all Howe’s attempts to put a positive spin on the club’s situation the bare facts tell a different story.

They scored just 40 goals in 38 league matches, having averaged nearly 53 in their previous four seasons, and conceded 65.

At Goodison, Howe started Callum Wilson, King and Dominic Solanke together for the first time since the beginning of October – when they played four consecutive matches to help earn seven points – because it was a must-win game.

All three made significant contributions and it posed the question about what might have been had Howe been bolder in the nine matches following the season’s resumption in June.

“There are loads of things you would do differently in hindsight,” he said.

“I’d love to have the games again – especially post-lockdown because our early results and performances were not good enough and ultimately, that’s probably cost us.

“There’s games we look at there and think ‘If we’d have got something from them it would have been very different’ but that’s one of the beauties of football and in life.

“You can’t go back. You just have to learn from what’s happened, certainly there’s a lot to reflect on.

“There is a lot to take in because it was about the season as a whole, a hugely frustrating one from my perspective as we have not hit the standard of performance we would expect from this group.

“There will be a period of reflection but it cannot be too long as the next season rolls in quickly.”