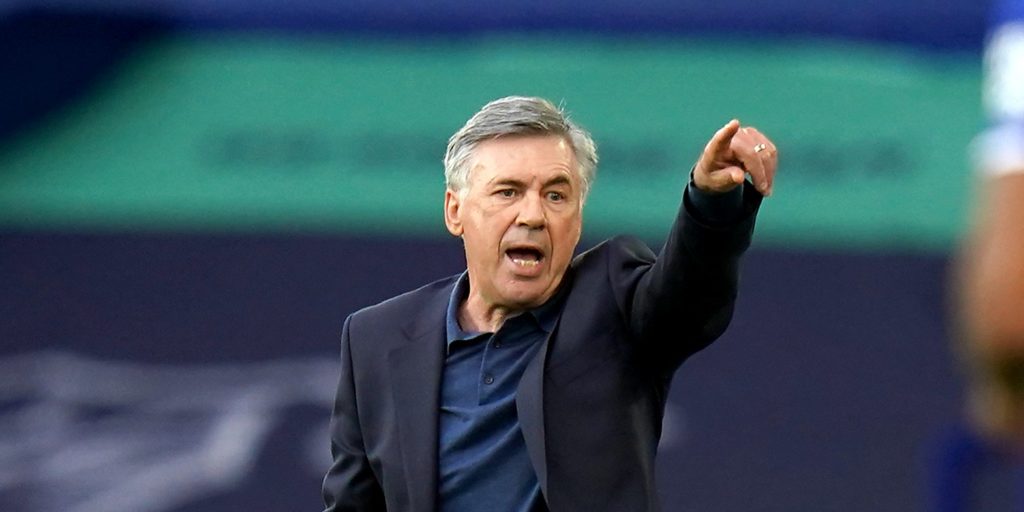 The Toffees finished 12th in the Premier League.

Everton manager Carlo Ancelotti has told his players to return next season with more ambition as he seeks to reset the club’s targets.

The Italian’s considerable skills were invaluable in guiding the Toffees away from the threat of relegation which had loomed over predecessor Marco Silva in the four months before his December sacking.

However, the three-time Champions League winning coach is not used to seeing 12th-placed finishes – Everton’s worst since 2004 – and after criticising the players’ lacklustre attitude in the 3-1 defeat to relegated Bournemouth, which inflicted his first home league loss, he sent them off on their summer break with a few choice words.

“The players that stay I said to them ‘Come back with more motivation and more ambition’,” said Ancelotti.

“This season was affected by the start, which was not so good and they had some problems. With a better start the team can have a better season.

“We have to fight for European competition, this is absolutely normal. We didn’t show continuity and this is what we need to have to be better next season.

“To be competitive, (and) we are far from this position. For next season the goal has to be there.”

If that left the players under no illusion on the improvement Ancelotti expects when they resume in just over six weeks’ time the board received a similar message.

Despite a massive investment in players of well over GBP 400million – and the recruitment and sacking of three managers – since the arrival of billionaire majority shareholder Farhad Moshiri in February 2016, Everton still appear to require a major overhaul.

Following the retirement of Leighton Baines the only players remaining from the final match of the 2015-2016 season, just before the club unleashed their new purchasing power, are 22-year-olds Tom Davies and Kieran Dowell.

Both players face an uncertain future with Davies failing to push on from his emergence as an academy graduate and Dowell impressing at Wigan, one of four loan spells since making his Premier League debut in April 2016, but with no clear pathway back to the first team.

There are also question marks over a number of Everton regulars, starting with England goalkeeper Jordan Pickford, who made another mistake against Bournemouth, a defence that could need two new full-backs following the retirement of Baines and the uncertainty of Djibril Sidibe’s loan being made permanent.

In addition Yerry Mina’s poor fitness record means the centre-back has not been fully convincing, wingers Theo Walcott and Bernard have had sporadic influence, number 10 Gylfi Sigurdsson does not fit into Ancelotti’s preferred 4-4-2 formation and Fabian Delph played only 13 times and did not feature after February because of injury.

Fellow summer signing Jean-Philippe Gbamin has had as many serious injuries as appearances (two) and is set to be sidelined for the start of the new season after surgery on an Achilles tendon injury.

Up front the goals dried up for Dominic Calvert-Lewin after March 1 while Moise Kean managed just six Premier League starts and scored only twice in 29 appearances.

“We know the squad has to be improved. It is important to be able to improve the squad before the season starts,” said Ancelotti.

“I know the market is open until October 5 but I don’t know if it is possible to have the squad ready when we start in the middle of August, it could be the best scenario possible.”

Currently sixth in the Premier League what are Everton’s chances of finishing in the top four in the 2020/21 season what odds are being offered see the  Site Nostrabet With Ancelotti looking for a top four finish and Champions League action next season it will be interesting to see if his Everton charges can make that extra step up and deliver.