Home News Manchester City could be back in action this weekend

Manchester City could be back in action this weekend 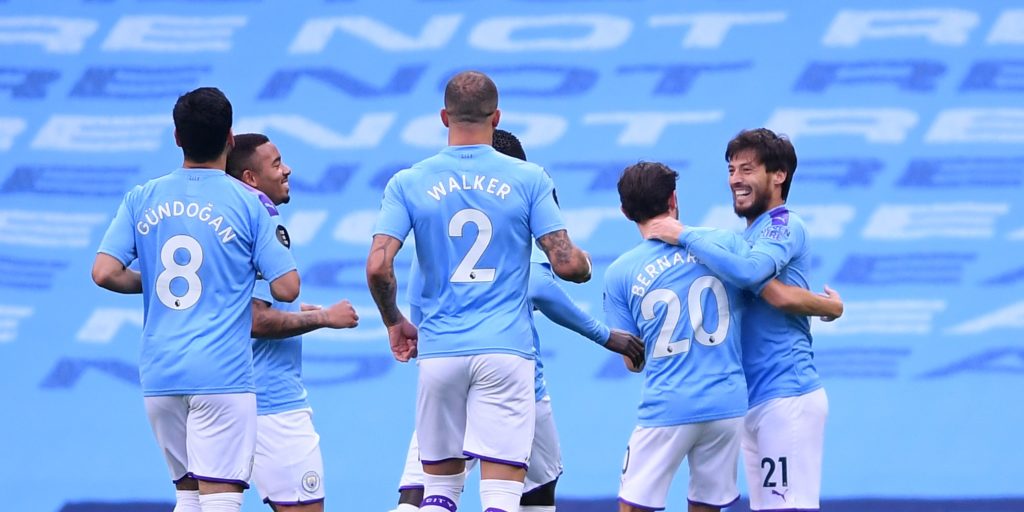 Deposed Premier League champions may play a friendly match as they focus on the Champions League.

Manchester City could organise a friendly this weekend to aid preparations for the Champions League visit of Real Madrid.

City host the Spanish champions in the much-delayed second leg of their last-16 tie on August 7.

Following the conclusion of the Premier League, Pep Guardiola’s side are without a game until then and director of football Txiki Begiristain is looking at options.

Begiristain told the club’s website, www.mancity.com: “Everyone wants to play in that game, they are training for that and it is good to compete.

“Maybe we could organise a friendly behind closed doors this weekend and that will help to get fit for Real Madrid.”

City will carry a 2-1 lead into the rearranged game after a memorable victory at the Bernabeu in February but since then Real have claimed the LaLiga title.

Begiristain said: “They’ve won the league. They were behind Barcelona and then they could beat them. It makes them a very, very dangerous team.

“That’s the competition – but we are also confident. We did a good game there. They will not forget that and don’t need to forget that.

“We have to be realistic and try to take the advantage we have got.”

Begiristain expects City’s involvement in the revised Champions League – which culminates with the final on August 23 – to delay their entry into what will be a different summer transfer window following the coronavirus pandemic.

He said: “We are working a lot. We have to be ready, always. It could be a strange transfer window because people have to move fast, we have to bring players who can improve our squad but also it means that maybe someone could leave.

“We have the Champions League so we have to wait to move forward. Then we will maybe have less time than ever but we’ll have time to make the changes we need to improve this squad.”