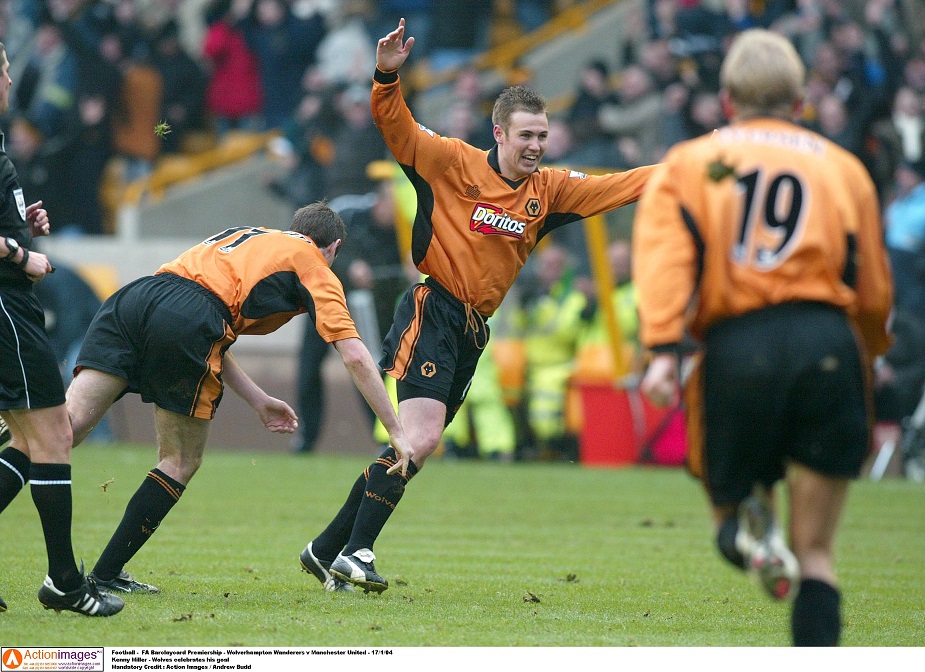 Rock-bottom Wolves pulled off a massive result 16 years ago as they overcame table-toppers Manchester United 1-0 at Molineux.

Wolves were enduring a torrid debut Premier League season ahead of the encounter, picking up just three victories from 20 matches and they were sitting bottom of the standings ahead of the visit of Sir Alex Ferguson’s formidable Red Devils.

Starting the likes of Cristiano Ronaldo, Ruud van Nistelrooy and Paul Scholes, United were expected to take an easy three points back to the red side of Manchester, having won 16 of their 21 games to sit proudly at the top of the table heading into the clash.

However, what transpired was a determined performance from Wolves as they caused a massive shock in English football, running out 1-0 winners to the delight of the Molineux crowd and providing travelling manager Ferguson with some questions to answer.

A tight contest was decided by one piece of individual brilliance from former Scotland international Kenny Miller on the 67th minute. Bringing down a headed ball forward from Denis Irwin, who only left the Old Trafford outfit in 2002, the now-40-year-old striker dribbled past a stumbling Wes Brown before bending a shot from the edge of the area past goalkeeper Tim Howard.

Defensively, it was a dreadful goal to concede from United’s perspective, with Brown completely wrong-footed before falling on his backside before Howard should have done better having got his hand to the shot.

However, take nothing away from Miller, he did what was required and that goal has gone down in Wolves history, something which can never be taken away from him.

Ultimately, that victory failed to be the catalyst Wolves needed to survive and they only won another three Premier League goals as they finish rock-bottom.

As for United, they ended up finishing third in the table, a massive 15 points behind Arsenal’s ‘Invincibles’, but the Red Devils did manage to lift the FA Cup after beating Millwall 3-0 in the final.