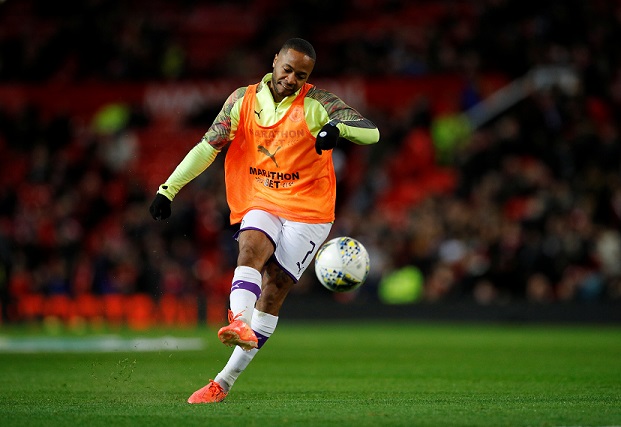 Manchester City have no fresh injury worries ahead of their clash with Crystal Palace at the Etihad on Saturday.

Pep Guardiola’s side cruised to a crushing 6-1 victory against Aston Villa on Sunday to leapfrog Leicester into second.

It now means they are the closest contenders to Liverpool for the title although they still remain a massive 14 points behind the Reds, who also have a game in hand.

Guardiola’s men were back to their best against Villa with some sumptuous football on display. He rested Raheem Sterling for the match and he could now come back into the side against Palace.

The 6-1 win saw Sergio Aguero and Gabriel Jesus start together for the first time this season in the Premier League but it is likely one of them will be sacrificed to accommodate Sterling.

Aymeric Laporte returned to full training this week but the game will come too for the Frenchman. Aside from Laporte, only Leroy Sane remains a long-term absentee.

Palace arrive into the game with Luka Milivojevic serving the second game of his three-match ban. The Serbian midfielder was dismissed during the Eagles’ 1-0 FA Cup third-round home loss to Championship outfit Derby County and will sit out this game and their home match with Southampton on Tuesday night.

Cenk Tosun could be handed his first start since making a loan move from Everton last week. He made his debut as a second-half substitute in Palace’s 1-1 draw with Arsenal on Saturday.

Christian Benteke will be assessed before the game after struggling with a muscle strain this week.

Palace still have to contend with a lengthy injury list that includes Andros Townsend, who scored a sensational volley in the same fixture last season, Patrick van Aanholt, and Mamadou Sakho.

Youngsters Sam Woods, Nya Kirby, and Brandon Pierrick are likely to be named in the squad as Roy Hodgson seeks further reinforcements this month.