Home On This Day On This Day: Record-breaking Dempsey puts Newcastle to the sword

On This Day: Record-breaking Dempsey puts Newcastle to the sword 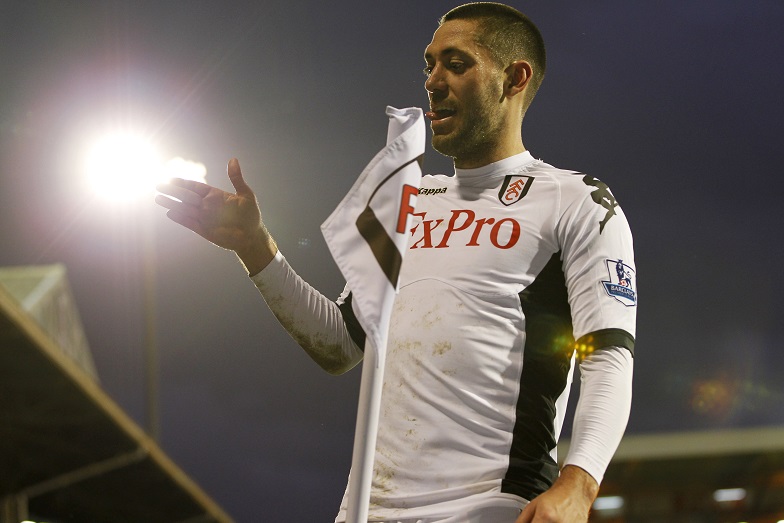 Newcastle arrived in south-west London on January 21, 2012 on the back of the three straight victories in all competitions – beating Manchester United and Queens Park Rangers in the Premier League either side of an FA Cup win over Blackburn Rovers.

As for Fulham, they suffered a 3-1 defeat to Rovers ahead of the contest and the hosts were expected to struggle against an opposition that were enjoying themselves under manager Alan Pardew.

It looked like the Magpies would be heading back to Tyneside with all three points as they deservedly went in at the break 1-0 to the good courtesy of Danny Guthrie’s 25-yard screamer in the 43rd minute.

However, Martin Jol must have had some stern words at the interval as his side produced a sensational turnaround in the second half, scoring four goals in the space of 16 minutes to go 4-1 ahead.

Penalties from Danny Murphy and Bobby Zamora, either side of a brace from former USA international Dempsey, put the hosts in complete control of the match.

French winger Hatem Ben Arfa, who was only handed a start for Newcastle due to the absence of Africa Cup of Nations stars Cheick Tiote and Demba Ba, pulled one back in the 85th minute with a fine solo effort.

However, Fulham put the cherry on top of the cake with just a minute of normal time remaining when Dempsey ran through the middle of Mike Williamson and Fabricio Coloccini before slotting past goalkeeper Tim Krul, securing an emphatic 5-2 victory.

That strike was made even more significant as Dempsey became the first American player to score a hat-trick in the Premier League, a record he held by himself for well over seven years.

Chelsea midfielder Christian Pulisic is the only other US player to net three times in a single PL game – that coming in the Blues’ 4-2 victory at Burnley on October 26, 2019.

Newcastle would end up finishing that season fifth in the table, enough for a Europa League place, while Fulham ended the campaign safely in ninth position.