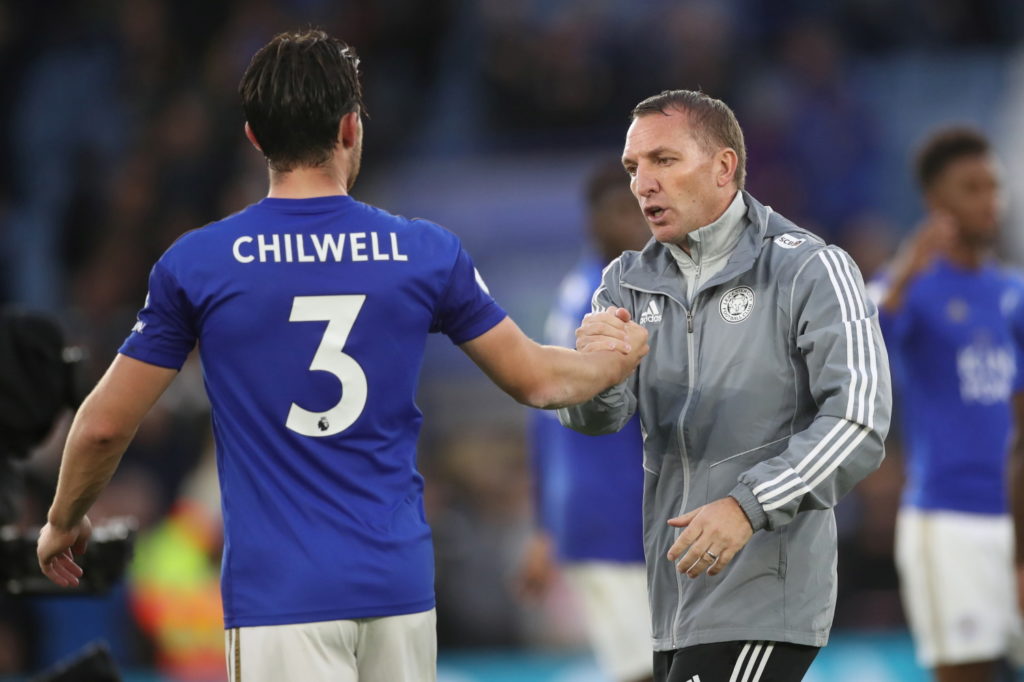 Leicester City boss Brendan Rodgers says Hamza Choudhury and Ben Chilwell need to learn from their mistakes after being dropped for the defeat to Burnley.

Both players were expected to feature as Leicester travelled to Turf Moor on Sunday but were left out by Rodgers after missing a key training session.

The Foxes eventually went on to lose the contest 2-1 to the Clarets, with striker Jamie Vardy missing a penalty.

Chilwell has played himself into contention for the European Championships this summer, with England Gareth Southgate set to start him after another terrific season.

Choudhury is not too far behind after starring for the England Under-21s in recent years, but Rodgers says both of them need to learn their lessons.

The former Celtic coach has revealed both will be available for the visit of West Ham United on Wednesday night as the Foxes try to stabilise after a tough few weeks.

He told reporters: “It’s something that happens at every club – there are misdemeanours that take place. It’s a very important stage of the season for us and our preparation for games.

“It’s very simple. They weren’t in for a training session, so it’s as simple as that, but internally we’ve dealt with it. They’re both good boys.

“They’re young players that are learning that if you want to be at the top end of this table, it’s a real mindset professionally that you need to have, and we can’t carry anyone.”

Leicester have lost their last two games in the top flight to lose their grip on second place, with Southampton also beating them 2-1.

They have also won just one of their last five at home, but Rodgers will be boosted by the potential return of Wilfred Ndidi, just 13 days after having knee surgery.