Home On This Day On this day: Edwin’s excellence sends records tumbling 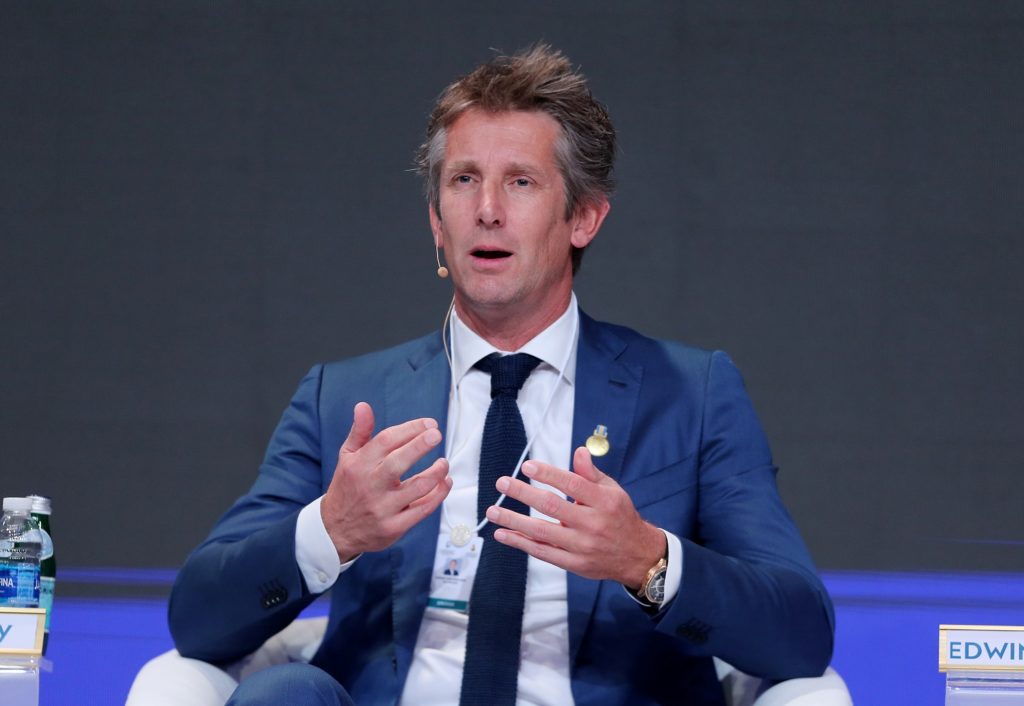 On This Day in 2009, Manchester United's Edwin van der Sar set a new Premier League record for minutes without conceding, making it to 1,032 at West Brom.

By this time Van der Sar had been at the Red Devils since 2005 and won two Premier League, as well as the Champions League in 2008, famously saving Nicolas Anelka’s penalty on that rainy Moscow night.

Like so many of those players, he went on to enjoy a glorious career around Europe leaving Amsterdam in 1999 for Juventus before switching to the Premier League with Fulham and transferring to Old Trafford in 2005.

When Peter Schmeichel left United in 1999, Van der Sar was thought to be on the radar before choosing Turin and Sir Alex Ferguson was gushing in his praise when reflecting on the 49-year-old’s career, describing him as the best since Schmeichel.

One area where he stands ahead of the Dane is minutes without conceding, surpassing Chelsea goalkeeper Petr Cech’s benchmark in the 5-0 victory at The Hawthorns.

ON THIS DAY: In 2009, Edwin van der Sar set a new Premier League record by beating Petr Cech’s record of 1025 minutes without conceding a goal.

He went on to extend it to a further 1,311 minutes. Safe hands 👐 #MUFC pic.twitter.com/a79NcwdC9Y

A Cristiano Ronaldo brace and earlier strikes by Dimitar Berbatov, Carlos Tevez and Nemanja Vidic saw the Red Devils go three points clear as they made it 11 clean sheets in a row.

In truth, Van der Sar was barely tested against the Baggies, who were on the back foot from the off. Their cause was also hindered by the dismissal of Paul Robinson for a heavy challenge after 40 minutes.

This result came on January 27 and his run without conceding in the Premier League would last six weeks longer.

With the fixtures coming thick and fast, across both domestic and European competitions, Ferguson rotated his goalkeepers with Ben Foster and Tomasz Kuszczak given chances to shine.

Ultimately, it was Newcastle’s Peter Lovenkrands who broke Van der Sar’s run, capitalising on a rare blunder to stop the clock at 1,311 minutes.

Jonas Gutierrez fired towards goal and the goalkeeper responded slowly, parrying to the Dane who couldn’t miss.

It was a shame that such a fine run came to an end in that fashion but that fact it still stands is testament to the achievement.

Van der Sar’s efforts would help his side go on to win a third straight Premier League title and he would play for an additional two seasons, winning his fourth and final league crown in 2011.

Since retiring, the Voorhout-born star has worked back at Ajax, starting out in the marketing department and has since risen to the role of General Manager.

A return to United in a similar role has been mooted and having played in a golden era for the club when they reached three Champions League finals in four years, he could be the man to reshape their squad.