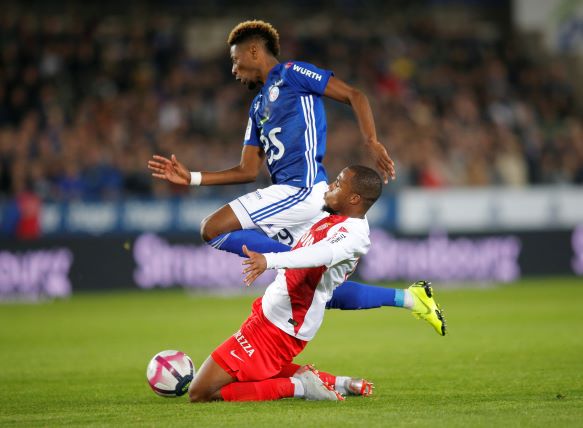 According to reports in France, Nottingham Forest are set to sign Cape Verde international striker Nuno Da Costa for £1.7m from Strasbourg.

The link to Da Costa initially broke from the same source on January 15, but a knee injury that the striker picked up on December 31 in training had frozen discussions for a period.

However, Sabri Lamouchi’s need for a striker had seen discussions pick up again last week and the two clubs became closer to an agreement.

That is now understood to have been reached in principle on the basis of a transfer fee of €2million, accompanied by various bonuses.

So much so that the 28-year-old is said to have cleared out his locker at the club’s training ground on Monday morning in a clear sign he is leaving town.

He is now expected to travel to England ahead of a medical on Tuesday morning which, if he passes all the tests, will lead Da Costa to sign a three-and-a-half-year deal on Trentside.

The report claims he will triple his existing salary to earn around €125k a month, which works out at about £25,000 per week.

1/2 #NFFC *Nuno Da Costa Signing* looks like being complete within a few hours, his metrics from last season when he had a strong run in the Strasbourg side, struggled for minutes this season just 521 in the league. Decent conversion rate, good defensive contribution…… pic.twitter.com/J3b9nFXgh9

Da Costa has played 74 games in Ligue 1 with Strasbourg, scoring 14 times and providing seven further assists, but he has struggled to get a regular place in coach Thierry Laurey’s line-up.

The former Valenciennes forward’s most prolific season in France’s top division was when he scored eight goals in 22 starts and 12 substitute appearances last term.

He also brings experience of European football, having appeared in five Europa League qualifying ties for Strasbourg earlier this season.

Forest boss Lamouchi made his first signing of the January transfer window when he snapped up defender Adama Diakhaby from Huddersfield Town last week.