Home On This Day On This Day: Villa edge out Albion in derby thriller

On This Day: Villa edge out Albion in derby thriller 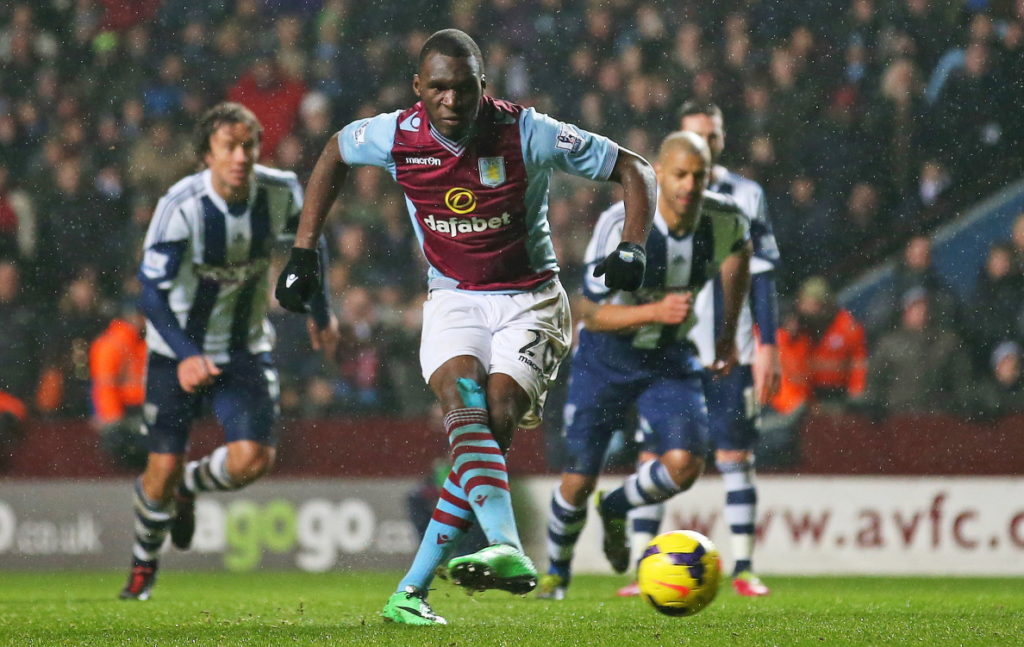 Aston Villa are planning a return to Wembley after beating Leicester in the EFL Cup semi-final and they were also celebrating on this day six years ago.

Villa have booked another trip to Wembley after seeing off the Foxes and there were similar scenes of delight at Villa Park back in 2014 when they claimed a ding-dong 4-3 derby victory over West Bromwich Albion.

Back then, Villa were managed by Paul Lambert and this victory moved them up to mid-table, while the Baggies, who more than played their part on the night, were in relegation danger as the narrow loss left them just three points clear of the bottom three.

It had all begun so well for the visitors, who had thrown away a 2-0 lead in the reverse fixture earlier that season to draw 2-2 at home, as they went in front after just four minutes.

In echos of that Hawthorns clash, it was 2-0 by nine minutes when Fabian Delph put through his own net and Pepe Mel’s men had not only silenced the Villa faithful but appeared to be well on their way to a much-needed win.

However, on a night when both defences were guilty of errors and made mistakes all over the pitch, Villa reduced the deficit on 12 minutes when Andy Weimann profited from a poor back-header from Albion defender Diego Lugano to lob Ben Foster.

That set the tempo for a see-saw match as, with only 24 minutes on the clock, Leandro Bacuna made it 2-2, turning home Matt Lowton’s low cross with an admittedly scruffy finish at the back post.

The goals continued to come thick and fast when Delph, as is often the case, made up for his own goal by scoring his side’s third. The midfielder rasped a vicious left-footed strike in off the bar to send the home fans wild.

West Brom were stunned at letting another two-goal lead slip against their West Midlands rivals but quickly responded through Youssuf Mulumbu, who slotted in an equaliser before half-time which meant the rivals went off the pitch for the interval after somehow sharing six goals in 45 crazy minutes.

The second period could not live up to the drama of the first but there was a winner when Christian Benteke, who was enjoying a solid second season in the Premier League, scored from the penalty spot on 64 minutes.

Lugano’s poor night continued as he hauled the Belgian down in the area and Benteke sent Foster the wrong way to seal the victory.

Both teams had relegation worries for much of the rest of the season, with Villa slipping to 15th but surviving by five points, while the Baggies scraped to safety, finishing 17th, three points ahead of Norwich and the bottom three.