Home On This Day On this day: Tottenham hit back to scare Juve

On this day: Tottenham hit back to scare Juve 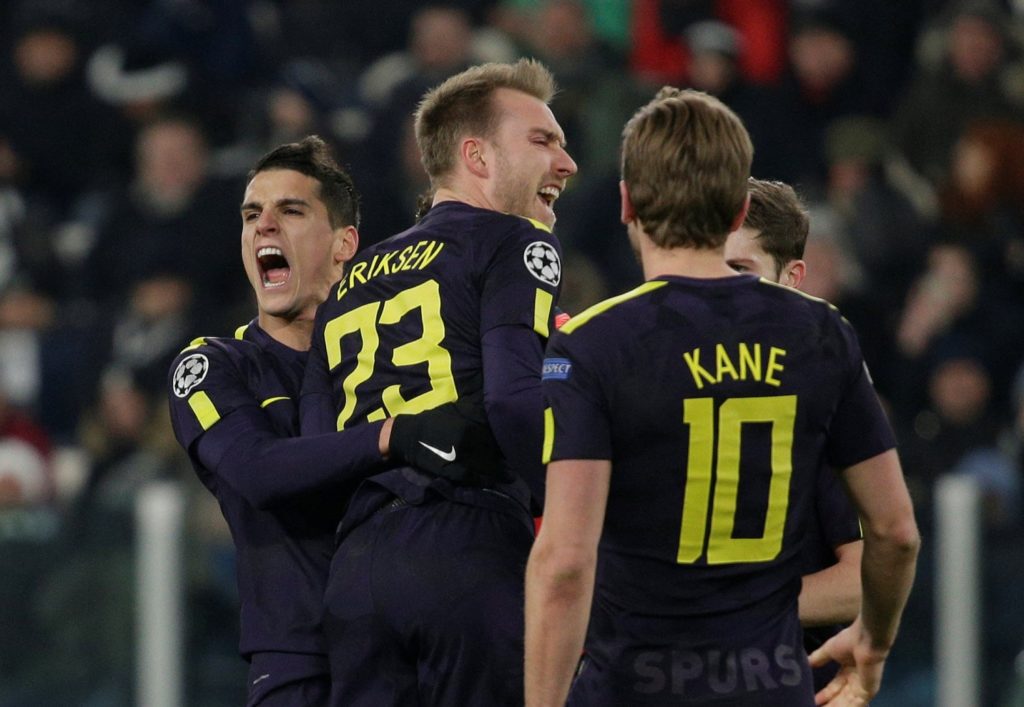 On this day in 2018, Tottenham proved they could be a real European force by coming from two goals down to draw at Juventus.

Tottenham had become known for having a soft underbelly during Mauricio Pochettino’s reign. On more than one occasion, they failed to put teams to the sword when the chance arrived. However, on a chilly night in Turin, it was Juve who suffered from a lack of a clinical edge.

Although the underdogs heading into the 2015 EFL Cup final, Spurs were second best as they went down to Chelsea and again failed to perform when they reached the last four of the FA Cup in both 2017 and 2018.

All this led to accusations that Pochettino’s men were too soft to succeed. However, in between those cup defeats, they showed real spirit to come back from the dead against the Italian champions.

The Bianconeri were among the favourites for the tournament having reached the 2017 final and started the game in style.

Gonzalo Higuain headed home Miralem Pjanic’s chipped cross just two minutes in before the Argentine made it 2-0 from the penalty spot after nine minutes following a Ben Davies foul on Federico Bernardeschi.

To this point, Massimiliano Allegri’s famously stubborn defence had not conceded a goal in 2018 but Spurs refused to be cowed, both Harry Kane and Dele Alli spurning headed chances.

Kane made amends on 35 minutes though, rounding Gianluigi Buffon before slotting home and lady luck was also smiling on them.

Higuain could have had a hat-trick before half-time when Juventus were handed another penalty by Serge Aurier’s poor challenge on Douglas Costa. However, this time El Pipita failed, crashing his effort against the woodwork to send Spurs in with a reprieve.

A pulsating contest continued to entertain and excite but it was the Lilywhites who dominated possession, claiming 67% of the ball in the second half, and got their reward on 71 minutes when man-of-the-match Christian Eriksen’s low free-kick evaded Buffon and nestled in the veteran’s net.

While the visitors failed to find a winner, if you had offered Pochettino a draw with two away goals ahead of kick-off then he would have snapped your hand off but Tottenham left Turin disappointed.

His frustration would bear fruit in the second tie when despite going ahead through Son Heung-min, Juve were just too good, Higuain and compatriot Paulo Dybala netting to give their team a 4-3 aggregate victory.

The Italians’ adventure would end in the quarter-finals, going down to Real Madrid, just as they had in the previous year’s final.

Tottenham themselves reached the showpiece in the 2018-19 season but again Pochettino’s men failed to perform.

Their performance on February 13, 2018, in Piedmont, suggested Spurs’ young side was finally about to mature but like so often before, it proved a false dawn.