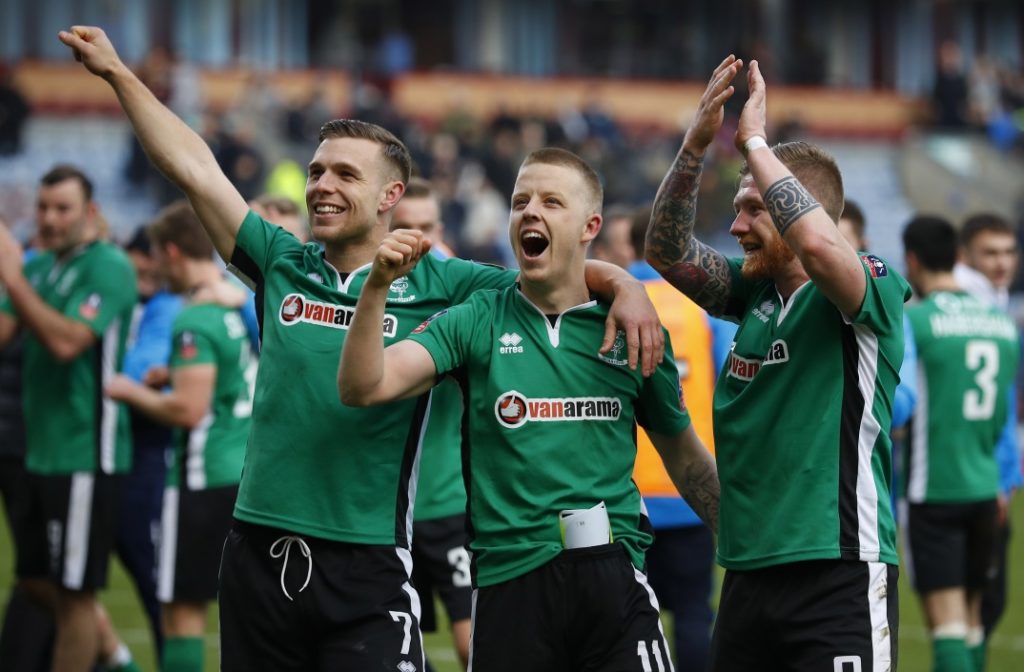 The FA Cup may not sparkle with the same magic of old these days but for little Lincoln City three years ago they enjoyed a rare famous day in the competition.

The Imps, then a National League side, became the first non-league team to make the quarter-finals of the FA Cup in 103 years when they knocked out Premier League outfit Burnley.

It really was a stunning achievement as Lincoln, away from home, scored a dramatic late winner in the fifth round to stun Turf Moor and seal the minnows’ passage into the last eight.

It’s the sort of victory Lincoln may never repeat and one from recent history that may not have got the acclaim it deserves.

It’s possibly symptomatic of the cup’s obvious fall from grace that this result is not lauded like previous true giant-killing triumphs against top-tier clubs down the years.

Think Hereford, Wrexham, Sutton United. These are all famous examples of lower-league clubs enjoying their finest moments against the big boys, with the defining goals of those games played endlessly on TV down the years.

So Sean Raggett’s 89th-minute header for Lincoln should be added to the collection as it was he who turned out to be the hero on a dank but delightful day in East Lancashire for Lincoln, who progressed via a shock 1-0 win.

The fact it was Danny Cowley’s side’s only effort on target in the whole game mattered little. City soaked up pressure from Burnley, who had begun to establish themselves in the Premier League by 2017 and had only suffered three home defeats in their last 29 games, before hitting them with a late sucker punch.

The game had ebbed and flowed, with Lincoln more than playing their part despite a lack of clear chances. Cowley’s men were on a fine run, which had seen them win 15 of their past 18 matches in all competitions and, while leading the National League, they had already knocked out Oldham, Ipswich and Brighton in the cup that season.

Clearly they approached the tie with confidence and nothing to lose. And in winning they became only the second non-league club to knock out a Premier League team after Luton achieved the rare feat when beating Norwich in 2013. They also became the first non-league side since Telford in 1985, and only the third ever, to knock out four league clubs in a single season.

Raggett’s late header came when the defender rose at the near post from a corner, with the decisive moment only being given the green light by the referee the thanks to goal-line technology.

The ball was clearly way over the line upon viewing the replay and Lincoln’s players celebrated deliriously in front of the 3,000 or so travelling fans in the away end.

The fairytale ended in the last eight for Lincoln as they were brought back down to earth by Arsenal at the Emirates. The Gunners, who would go on to win the FA Cup that season, won 5-0, while the impressive Cowley eventually took a job at Huddersfield Town last year after his eye-catching exploits in Lincolnshire.