Kovacic calls on Chelsea team-mates to cut out errors 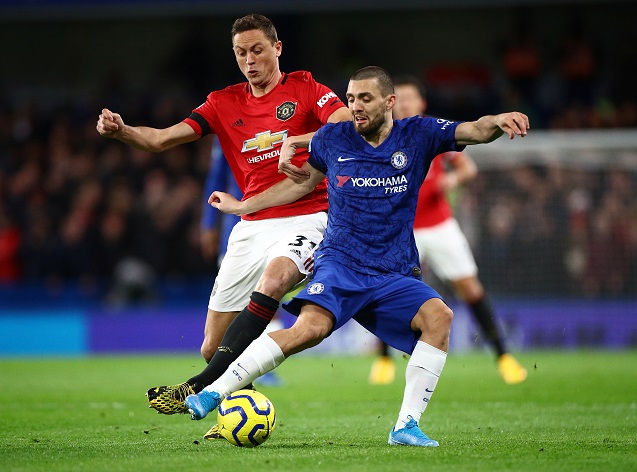 Chelsea midfielder Mateo Kovacic has urged his team-mates to stop making mistakes after their 2-0 loss to Manchester United.

Chelsea were aggrieved by those at Stockley Park throughout, firstly when Maguire was not sent off in the first half despite appearing to kick out at Michy Batshuayi.

Then two goals were chalked off in the second period after Kurt Zouma’s strike was adjudged to have had a push in the build-up before Olivier Giroud was shown to be marginally offside after a tidy near-post finish.

Tammy Abraham was missing from the line-up after failing to recover from injury in time, while N’Golo Kante and Andreas Christiansen were withdrawn after suffering abductor muscle and concussion problems respectively, meaning it was a frustrating evening altogether for Blues boss Frank Lampard.

Their grip on a top-four place has been slipping since the new year, having won only one of their last six matches in the Premier League.

Chelsea welcome Tottenham to Stamford Bridge on Saturday in what could be a season-defining match in the battle for a Champions League spot next season.

Kovacic, speaking after the loss to United, says his side must improve if they want to achieve their aims at the end of the season.

He said: “We have to train hard every day, to prepare our games better and try to avoid our mistakes because we are making too many mistakes in these kinds of matches, and you get punished.”

Following the Spurs match, Chelsea face Bayern Munich at home in the first leg of their Champions League round-of-16 tie. They then travel to Bournemouth a week on Saturday to end a crucial month in their season.