Home On This Day On This Day: Bournemouth overcome Swansea in south-coast thriller

On This Day: Bournemouth overcome Swansea in south-coast thriller 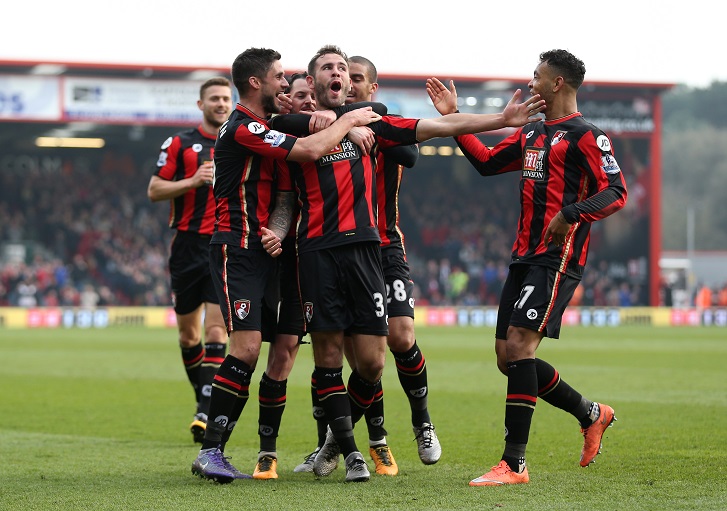 It was a five-goal extravaganza at the Vitality Stadium four years ago as Bournemouth edged out Swansea City 3-2 in the Premier League.

Bournemouth and Swansea went head-to-head in the Premier League on March 12, 2016 for just the second time in their history and another entertaining spectacle was expected, with the reverse fixture at the Liberty Stadium ending 2-2 in November 2015.

A thriller is exactly what the supporters got, and it was the Cherries who opened the scoring in the 37th minute through Max Gradel, who fired a low strike into the bottom-right corner after Lukasz Fabianski spilled a cross in the area.

That lead didn’t last long as the Swans were back on level terms just two minutes later, with Modou Barrow’s classy run and curling shot finding the bottom-left corner to level the scores.

Barrow became the first Gambian to score a goal in the Premier League and that goal, four years ago, meant 95 different nationalities had now scored in the competition’s history.

Just five minutes after the restart, Bournemouth were back ahead thanks to Joshua King’s fierce strike inside the area, although Fabianski should have really saved the effort.

The goals kept coming on the south coast and Gylfi Sigurdsson managed to find an equaliser in the 62nd minute, his powerful strike finding the roof of the net and sending the travelling fans into raptures.

However, there was to be a fifth goal in the game and it came the way of the Cherries as Steve Cook, having a rare foray forward, thundered a header into the top-right corner, giving Fabianski no chance.

Bournemouth managed to hold on for the thrilling victory, making it three straight wins and the first time they had won consecutive Premier League games at home.

As for Swansea, that defeat meant they had kept only one clean sheet in their 15 away games in the Premier League that season, although they did manage to finish 12th in the table, four places above the Cherries.