Home On This Day On This Day: Gerrard bags hat-trick to hand Reds Merseyside bragging rights 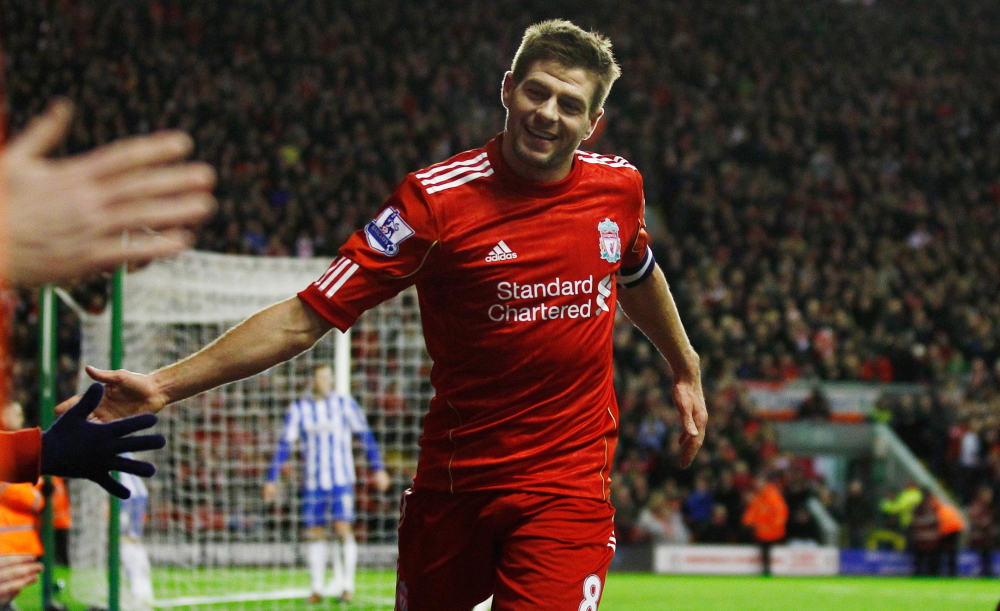 Steven Gerrard enhanced his status as a Liverpool legend as he helped himself to a hat-trick in a 3-0 win over Everton on this day in 2012.

The ex-Reds midfielder enjoyed the majority of games against the Toffees, winning 17 of his 33 meetings with their Stanley Park neighbours.

However, even by his usual standards, his performance in the derby in 2012 was something special as he made sure of ruining the 10-year anniversary of David Moyes as Everton boss.

Liverpool came into the game having not won a derby on home soil since 1999 and had lost their last three matches ahead of the visit to Everton.

Meanwhile, Moyes’ men were unbeaten in their previous seven matches, recording wins over the likes of Chelsea, Tottenham and Manchester City ahead of making the short trip across the city.

But, as is often the case in derby matches, form went out the window and Gerrard gave Liverpool the lead after 34 minutes when he curled in the opener after Everton failed to clear their lines.

The now Rangers boss grabbed his second six minutes after half-time, Luis Suarez driving into the box before Gerrard took it off his toes and smashed it into the back of the net.

The Suarez-Gerrard combination worked a treat again in injury time when the Uruguayan put the ball on a plate for his skipper to complete his treble.

The strike saw Gerrard pass Robbie Fowler for goals for Liverpool in a Merseyside derby as he moved on to seven, while it wrapped up the first hat-trick in the fixture since Ian Rush’s in 1982.

The win moved the Reds above Everton in the Premier League standings although they would swap positions again before the end of the season as Moyes’ men came home four points clear of their rivals.

However, there was more Merseyside heartache to come for Everton that season as Andy Carroll struck the winner in the FA Cup semi-final meeting at Wembley.