On This Day: Lampard brings up 150 for Chelsea 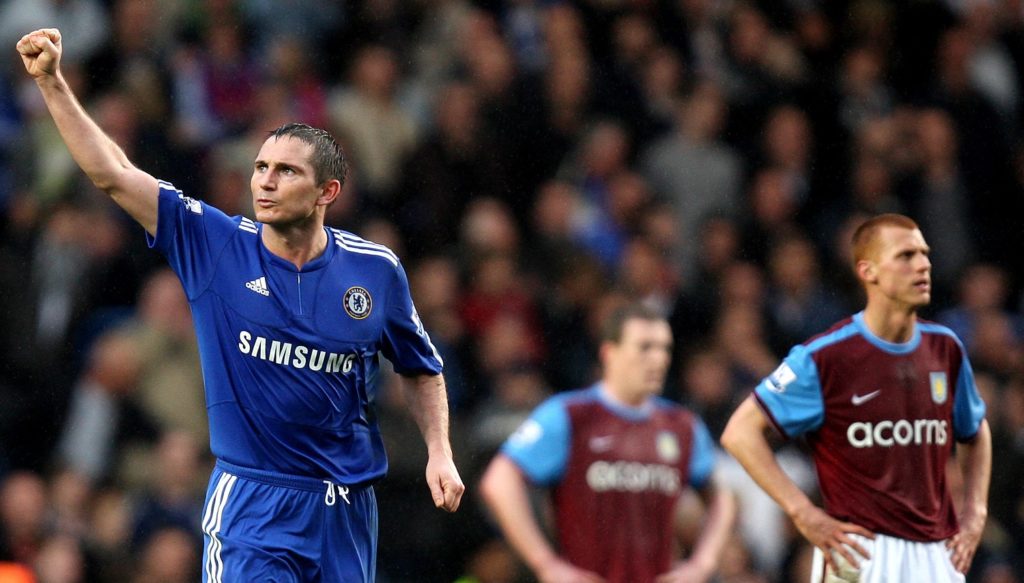 Frank Lampard moved beyond the 150-goal mark for Chelsea as they beat Aston Villa 7-1 on this day in 2010.

Lampard bagged four times in the rout at Stamford Bridge to help Chelsea get their title challenge back on track.

Chelsea had conceded top spot in the Premier Leauge standings, allowing Manchester United to move a point clear, after playing out a 1-1 draw at Blackburn.

They bounced back with a bang at the Bridge on a day that saw John Terry captain the side for a record 325th time.

However, Terry’s incredible achievement would barely get a mention at the full-time whistle as Lampard proved to be the star of the show.

The midfielder opened the scoring just 15 minutes in when sliding in at the far post to meet Florent Malouda’s drilled cross.

Villa, who started the day in fifth, drew level shortly after as John Carew bagged his eighth of the season after being found by Ashley Young.

Chelsea dominated proceedings throughout the first half but had to wait until the 44th minute to restore their advantage.

Lampard made no mistake from the penalty spot after Yuri Zhirkov was brought down by James Collins.

The Blues pressed on in the second period, with Malouda opening up a two-goal cushion, while Lampard’s hat-trick goal came also came via a penalty.

Villa appeared to lose their heads and Chelsea displayed a ruthless streak when Malouda netted his second, Chelsea’s fifth.

Salomon Kalou came off the bench to slot home for his first goal of the season before Lampard notched his fourth to wrap up a 7-1 triumph in added time.

Lampard’s quartet of strikes took his overall tally for the club to 151 goals and made him the third-highest scorer in Chelsea’s history – eclipsing legends Roy Bentley and Peter Osgood.

Lampard would eventually go on to become Chelsea’s leading goalscorer and that record (211) still stands to this day.

Chelsea enjoyed an emphatic end to the campaign, winning five of their final six games – including a victory over Manchester United – while they triumphed 7-0 and 8-0 against Stoke and Wigan respectively en route to lifting the title.