Home Premier League Force majeure: Lewandowski, the ash cloud and what might have been

Force majeure: Lewandowski, the ash cloud and what might have been 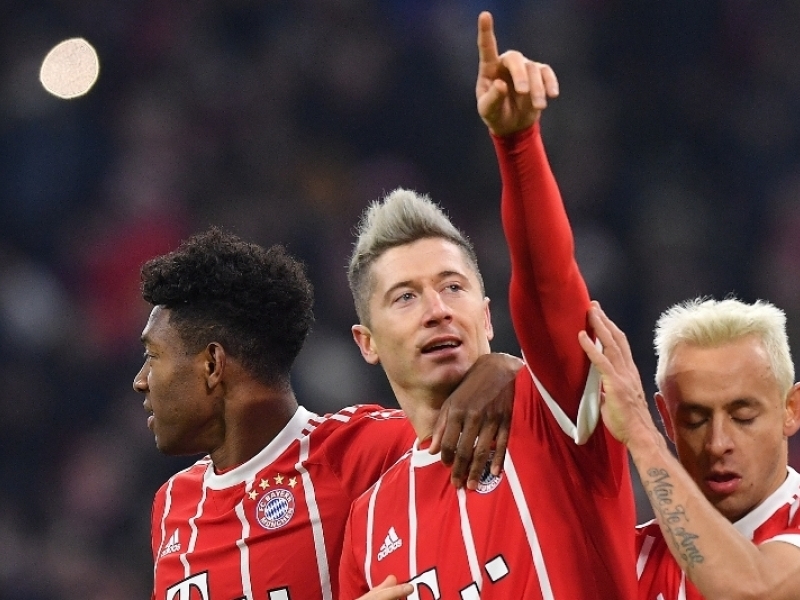 As coronavirus continues to wreak havoc over global sport, we look back at another unforeseeable set of circumstances that denied one unimaginable signing.

As the new coronavirus continues to wreak havoc on the sporting calendar, we take a look back at another unforeseeable set of circumstances that denied one of the signings of the decade.

Staggering. That is the only fitting way to describe Robert Lewandowski’s goal figures for the current season. The Bayern Munich frontman has netted 43 times in 39 appearances, with four goals in the 6-0 Champions League rout of Red Star; at 31, the Pole shows no signs of slowing down.

Prior to his move to Bavaria in 2014, Lewa racked up a century of goals for rivals Borussia Dortmund that carried the Black and Yellows to two German titles, a German cup victory and a Champions League final.

The transfer over the border from homeland club Lech Poznan in 2010 was a masterstroke; for over a decade, the Warsaw native has taken the Bundesliga by storm. But for one English club, it could have worked out very, very differently…

“I think about it every time I see him play”.

In 2013, Sam Allardyce was well aware of a chance that had passed him by.

“There were a lot of people looking at him at that time as well, but we had the edge over everyone else because of the attraction of the Premier League. He could have used us as a stepping stone”, he told press, looking back on the events.

“I think about it every time I see him play”.

Three years earlier, ‘Big Sam’ had been at the Blackburn Rovers helm, guiding the club through a relatively prosperous season. Rovers finished tenth in the Premier League table, narrowly missing out on the League Cup final after a 7-4 aggregate loss to Aston Villa in the final four

But the biggest miss of their season would take place away from the field of play.

Over in Poland, a younger, fresher-faced Lewandowski was coming to the end of a two-year sting at Lech Poznan. The striker had arrived from Znicz Pruszkow for around 1.5million Polish zloty aged just 19, his prolific scoring record in the country’s lower echelons catching the eye of top-flight suitors.

In his final season in Poznan, the youngster would lead the Railwaymen to their first title in 17 years and it had become crystal clear that the attacker had outgrown the Polish domestic scene. Besides, heads were being turned across the continent – including over the North Sea.

Blackburn, meandering their way through the season towards their respectable mid-table finish, were understandably keen on a glittering youngster whose exploits had slipped under the radars of many bigger fish.

Contact was established with the player’s representatives and, incredibly, a middle-of-the-road club from the north of England were set to welcome a future Balon d’Or nominee for a look around.

Speaking to press years later, Lewandowski conceded he was unsure at the time as to just where he would end up. But with a trip to Lancashire set, a tour of Ewood Park and a steaming bowl of hotpot may have just tipped the scales in Rovers’ favour.

“Blackburn was my second choice,” said the now 112-time Poland international. “But maybe if I went there and saw the club, the stadium and everything, it would have become my first choice.”

But alas, it was not to be.

In a similar manner to the ongoing coronavirus pandemic’s potential scuppering of Liverpool fans’ dreams of seeing the Reds finally lift that elusive Premier League trophy, or those of Leeds supporters, yearning to see the West Yorkshire outfit end their long spell away from the top flight, force majeure – or ‘superior force’, the oft-maligned scourge of holidaymakers and insurers alike – would dictate otherwise.

The Eyjafjallajökull volcanic eruption – a thousand miles away in remote Iceland – and the ensuing cloud of ash that circled over the Europe, caused unprecedented carnage.

Flights were culled across the continent, Fulham were forced to take a 12-hour bus ride to their Europa League semi-final in Hamburg and, crucially, a flight taking one of Poland’s greatest ever exports to Ewood Park would never leave the runway.

Dortmund – far more accessible from Poland – won the race to acquire the young striker’s services and Lewandowski never looked back.

Spearheading a vicious Bayern attack, the experienced forward is well on his way to a sixth consecutive Bundesliga trophy.

In December 2010, Allardyce was sacked by Blackburn.

After a stint in the third tier, they still languish in the Championship.