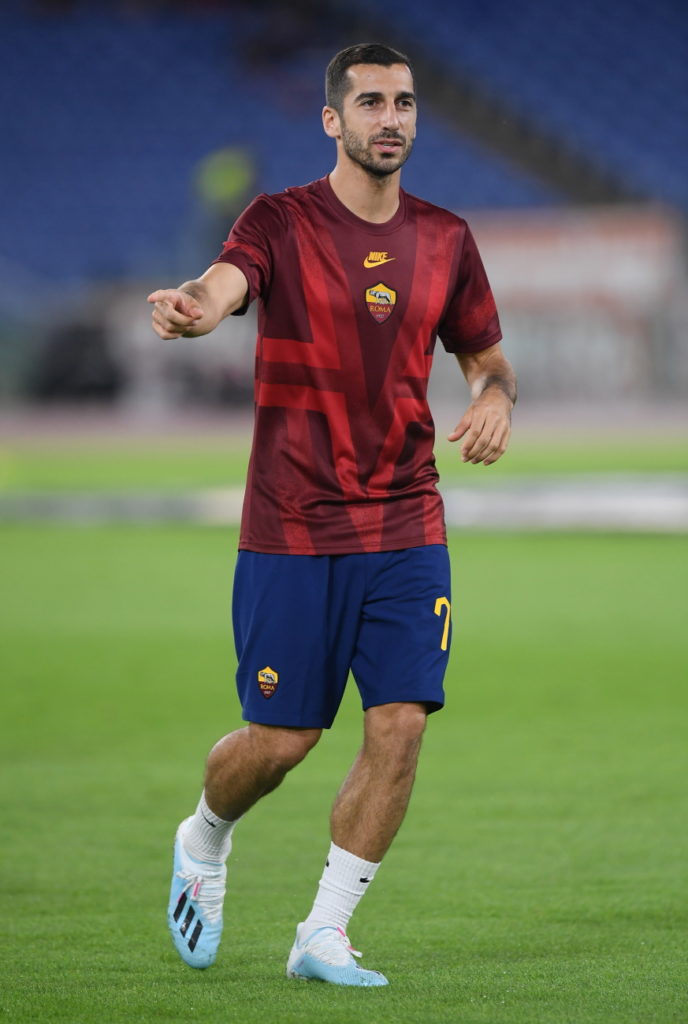 Arsenal have reportedly told Roma that they will need to part with £23.1million to sign Henrikh Mkhitaryan permanently.

The 31-year-old appears to be enjoying himself in Italy, scoring six times and laying on four assists in 20 appearances across all competitions.

His prospects back at Arsenal look bleak and an exit this summer is likely to be the best option to prevent his career from completely stalling.

He was unable to tie down a regular spot after leaving Manchester United for Arsenal and Mikel Arteta, who is yet to work with Mkhitaryan since being appointed in December, is happy for him to move on.

The attacking midfielder joined the Gunners as part of the deal that saw Alexis Sanchez move to United and both have been loaned out to Italian clubs this season.

Reports in Italy claim Arsenal have told Roma that they are willing to cut ties with Mkhitaryan for £23.1million.

The report, which comes from Corriere dello Sport, also claims that the former Borussia Dortmund man would also expect a salary of £6.5million-per-season.

It’s understood that Roma would struggle to match both of those demands and Arsenal could be forced to drop their valuation.

Meanwhile, reports in England suggest Arsenal boss Arteta is looking to offload five players at the end of the season.

Mkhitaryan is part of that quintet set to be shown the exit door as Arteta looks to free up funds to bring in new recruits.

Arsenal could still force their way into a Champions League berth and that would allow the Spaniard more freedom in the transfer market, however, it’s claimed the board have told Arteta that he must cut his squad to generate cash.

Along with the Armenian, Shkodran Mustafi, Sokratis, Sead Kolasinac and Mohamed Elneny are reportedly set to be put up for sale.