Ozil’s agent not ruling out a move to Fenerbahce 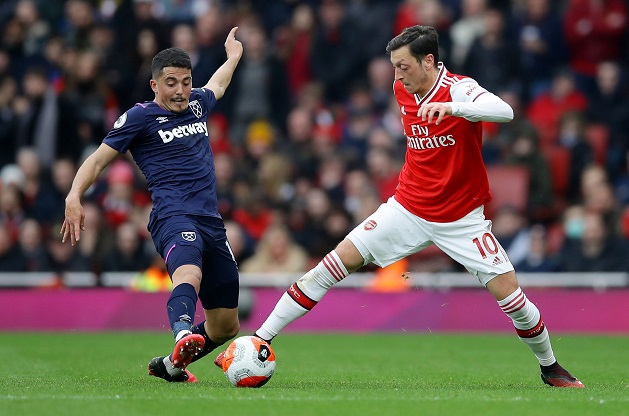 Erkut Sogut, the agent of Mesut Ozil, says a move to Fenerbahce is a possibility when the Germany playmaker's Arsenal contract ends in 2021.

The World Cup winner’s current deal at the Emirates Stadium is due to end in the summer of 2021 and there are no imminent talks over extending his stay in England.

Some reports in Turkey are linking him with a move to the Yellow Canaries, a club he has very close ties to due to his Turkish mother.

The 31-year-old remains committed to Arsenal, according to Sogut, but says a potential switch to Fenerbahce cannot be ruled out, given his current contract situation.

“You never know in football. First of all, you can never predict the movement of players,” Sogut told Goal.

“I have said it before and I am saying it again that he [Ozil] is really happy where he is at Arsenal. He is still has a contract to go and there is no change. We will see what the future holds when the contract ends but for now, there is nothing I can say.”

3 PL victories on the bounce. Wasn’t very pretty today, but a must win game, so we’ll take that! 😎💪🏼 #YaGunnersYa #M1Ö @arsenal pic.twitter.com/P8sY7KbXQG

Ozil joined Arsenal in the summer of 2013 from Real Madrid for a then-club record fee of £42.5million.

He has played 253 times for the Gunners since the move seven years ago, scoring 44 goals.

However, his time in the Premier League has been mixed with the playmaker often taking some flak from supporters for his perceived lack of work ethic and tendency not to produce his best form in the big games.

Ozil’s mega reported salary of £350,000 per week, after signing a new contract in January 2018, has also not aided his relations with fans.

He has previously been linked with moves to the Chinese Super League but now Fenerbahce have emerged as a potential destination for Ozil next year.

They are currently seventh in the Turkish Super Lig after enduring a bad run of form which has seen them fail to win in their last seven.