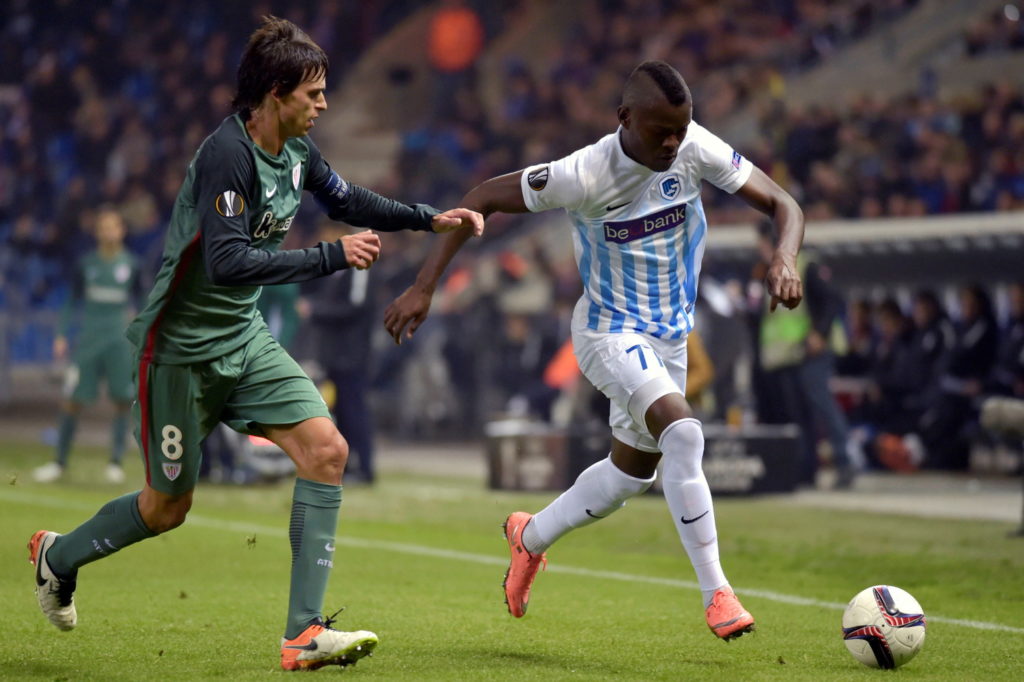 Aston Villa are reportedly hoping to wrap up an £8.5million deal for Genk striker Ally Samatta over the next few days.

Villa Dean Smith spent in the region of £130million over the summer to assemble a squad capable of surviving in the Premier League.

But the huge influx of players appears to have had a detrimental impact on performances and they are mired in a relegation battle after Saturday’s 6-1 defeat to Manchester City.

Several of the summer arrivals have failed to live up to expectations while others have been ruled out of action due to injury.

Wesley Moraes falls into both categories, scoring just five goals after his £22.5million switch from Club Brugge, and he isn’t going to feature again this term after suffering a cruciate knee ligament injury.

The Brazilian’s absence leaves Smith massively short in the centre-forward role and winger Anwar El Ghazi has had to deputise over the past couple of weeks.

So, it’s no surprise that Smith has made signing a striker a top priority this month to boost their chances of survival.

Samatta is the latest to be linked with a switch to Villa Park after catching the eye with some impressive performances in Belgium.

The 27-year-old scored 23 goals in 38 league games last season and has hit a further seven in 2019-20, while he also bagged Genk’s 2-1 Champions League loss to Liverpool in November.

Reports claim Genk have already accepted a bid of £8.5million and the move is set to be completed over the weekend.

It’s understood that Villa are currently in the process of trying to acquire a work permit, which shouldn’t be an issue due to his wealth of experience as a Tanzania international.

Crystal Palace were also known to be pursuing the striker but they stepped back after signing Cenk Tosun on-loan from Everton earlier in the window.