Smith salutes duo as Villa fight back to take point 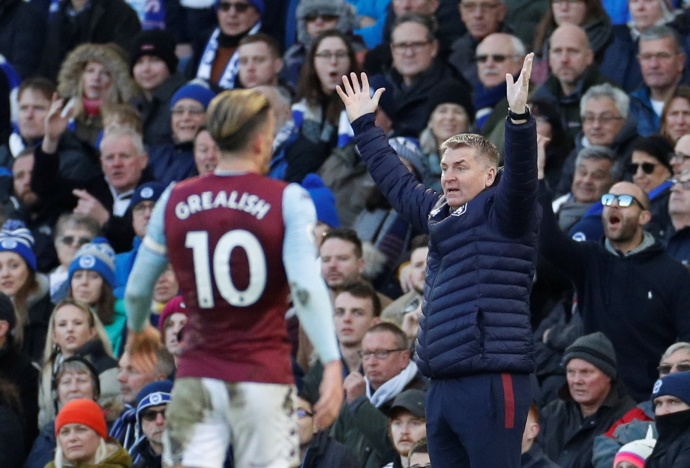 Influential captain Grealish salvaged an important point for relegation-threatened Villa by lashing home his ninth goal of the season with 15 minutes remaining at the Amex Stadium.

Veteran goalkeeper Reina, who could do little about Leandro Trossard’s first-half opener, then pulled off a superb late save to deny Seagulls striker Neal Maupay an acrobatic winner.

Grealish’s strike was his fourth in as many games against Albion, while 37-year-old Reina proved with his late heroics that he can still compete in the top flight.

Grealish continues to shine for Villa and speaking after the game, Smith admitted he is starting to run out of superlatives to describe him, while also claiming that his side fully deserved what could turn out to be a crucial point.

Meanwhile, former Spain and Liverpool keeper Reina, signed on loan from AC Milan this week, was a commanding presence on his first Premier League appearance since May 2013.

“He is calmness personified. You wouldn’t know he was just making his debut for a new team,” said Smith. “I know he’s a World Cup winner and an experienced goalkeeper but he showed a lot of calmness on the ball.

“That character that he’s got and that charisma he’s got is rubbing off on people in the team. He’s made a good save around the post, so a telling contribution.”

Villa remain in 18th position following the draw, a point from safety, with Brighton just three points better off as the relegation battle remains wide open.

There are still some huge games to come as Villa look to beat the drop but Smith and his team can take plenty of positives from the performance at the Amex Stadium.