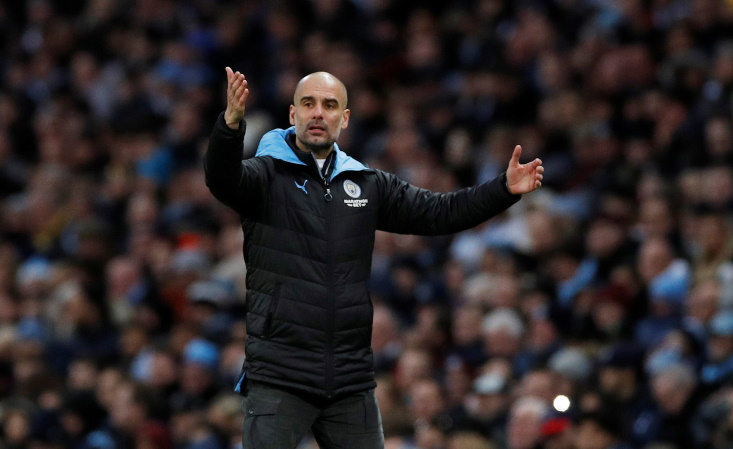 Pep Guardiola says his Manchester City side “did everything” they could to beat Crystal Palace, but it was not enough as they had to settle for a point.

The draw means more dropped points as Liverpool are coasting towards the Premier League title, but with just minutes remaining it looked like they were set for the victory.

The clash burst into life in the closing stages when City striker Sergio Aguero struck twice late on to overturn Cenk Tosun’s opener at the Etihad Stadium.

But Palace rallied and claimed a 2-2 draw as Wilfried Zaha forced an own goal off Fernandinho in the 90th minute.

It was the eighth time City – across three draws and five defeats – had dropped points in a disappointing title defence this season.

Guardiola admitted after the game his side are now just fighting to ensure they finish in the top four to secure Champions League, and he is happy with the attitude and application of his players.

Guardiola, who was denied the chance to celebrate his 49th birthday with a victory, said: “They defended so deep. We knew that, so we attacked – crosses and corners, put the ball inside. They didn’t do much but they win one point.

“The spirit was there. We tried and we tried. At the end we came back and it was a pity to drop two points in this way but that is football and we have to learn from these situations.”

Palace’s late leveller – which overshadowed Aguero taking his record City goal tally to 251 – came as Zaha got the better of John Stones to cross and the ball took an unfortunate ricochet off Fernandinho.

Guardiola, who has committed his future to the club, claimed the goal was down to bad decisions rather than mistakes and it is something they will have to ‘solve’ going forward.