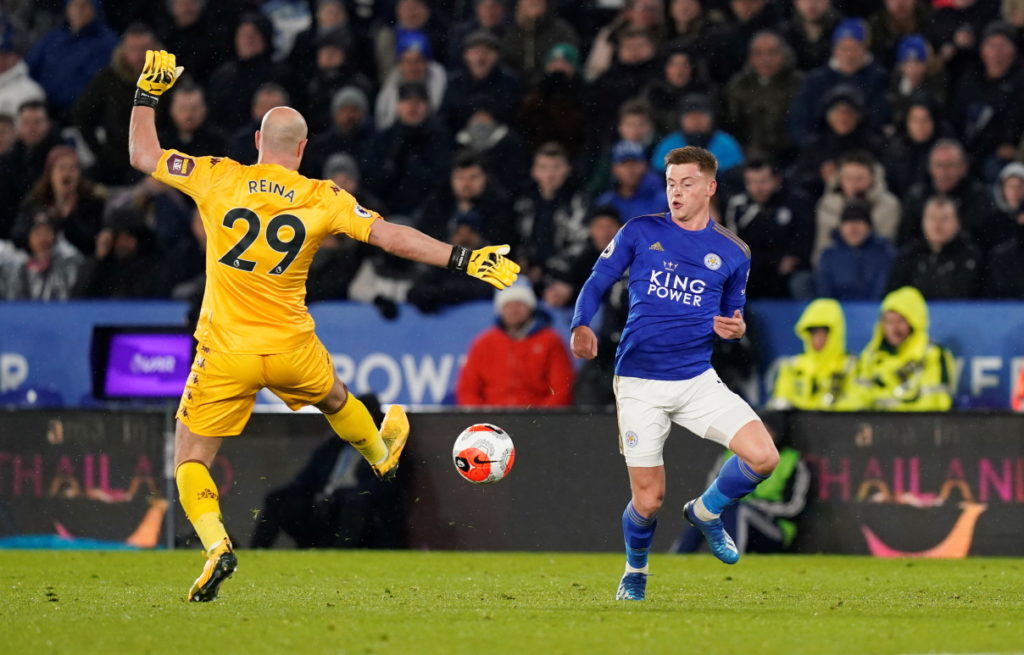 Aston Villa boss Dean Smith could not hide his disappointment as his side’s survival hopes suffered a blow with a 4-0 defeat at Leicester on Monday night.

Following the Carabao Cup Final defeat against Manchester City in their last game, Smith wanted a response and a positive result from his players as they look to get out of the bottom three.

However he got quite the opposite as the Foxes ran out comfortable 4-0 winners at the King Power Stadium thanks to two goals apiece from Harvey Barnes and Jamie Vardy.

“Disappointing is an understatement,” Smith said after the loss. “We wanted a performance and a reaction after the (Carabao Cup) final and we felt that we would have a chance here tonight. We are getting punished massively for our mistakes at the moment.”

One such mistake came from goalkeeper Pepe Reina.

Leicester had been wasteful in front of goal, with Jonny Evans, Barnes, Caglar Soyuncu and Kelechi Iheanacho all missing the target with headers from set-pieces, before they were gifted the lead by Reina just before half-time.

Marc Albrighton did well to pick out Harvey Barnes’ run in behind the Villa defence down the left but the Leicester winger still had plenty to do – until Reina decided he could beat Barnes to the ball.

Barnes won the race and poked the ball past the advancing goalkeeper, who was 15 yards outside his penalty area, before maintaining his composure to guide a shot between the covering Mings and Matt Targett and into the net.

“He’s made a mistake,” said Smith of Reina. “He’s come out to try and get the ball and he’s too late. He’s ended up doing Harvey Barnes’ job. He knows that but the goal comes from our throw-in in the corner when we’ve given the ball away – that’s my biggest gripe of the night.”