Mourinho says Bergwijn will not play again this season 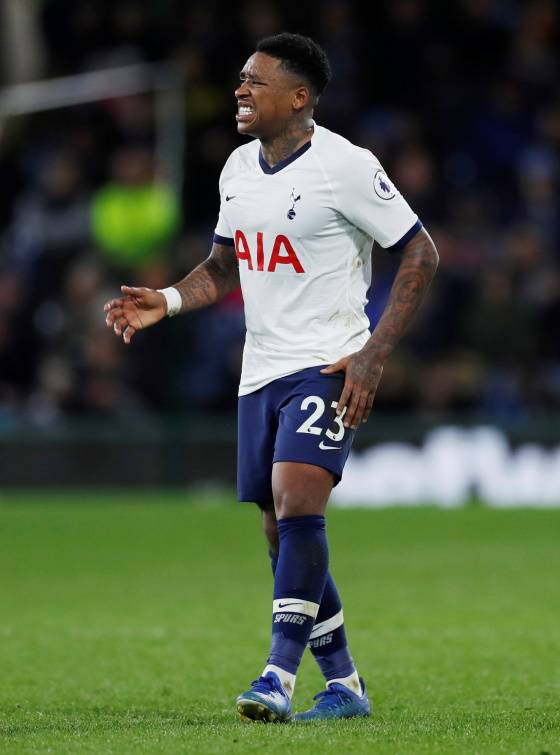 Tottenham boss Jose Mourinho does not expect Steven Bergwijn to play again this season as the club’s injury crisis continues to escalate.

The Dutch winger suffered a sprained ankle during Saturday’s 1-1 draw at Burnley and Mourinho believes the injury is bad enough to keep him out for the rest of the campaign.

It is a crushing blow for Mourinho and Spurs ahead of their Champions League last-16 second leg with RB Leipzig on Tuesday night where they have to overturn a 1-0 deficit in Germany.

Bergwijn joins Harry Kane and Son Heung-min in the treatment room and Tottenham’s attacking options look bare for a game in which they must score two goals to progress in normal time.

Dele Alli reacts to Steven Bergwijn injury and talks stepping up with goals of his own https://t.co/U9nXXR6fx6 #THFC #COYS #TTID pic.twitter.com/70Wo6ihgs1

“Steven, I don’t expect him to play this season,” Mourinho said. “Can I believe it? Yes, I can.

“I have never known it like this, especially speaking about traumatic injuries. Only Harry Kane’s injury was not a traumatic injury but a typical injury of the December period in the Premier League.

“Hugo Lloris, (Moussa) Sissoko, Sonny, Steven Bergwijn are all traumatic and never for a couple of weeks. That’s what it is.”

Bergwijn’s absence will put further pressure on Dele Alli, who has been playing in a false nine position in the last few weeks.

On a grim news day for Spurs, there was at least some positivity after Harry Kane was seen training on the grass.

The England captain has not played since rupturing a hamstring tendon on New Year’s Day, but his return does not seem too far away, judging by his workout in an open training session.

Kane, who had surgery to repair the issue, was seen twisting and turning and also shooting.

However Spurs will be keen to ensure they do not rush his return as any further setbacks would completely curtail any chance of him playing again this season.