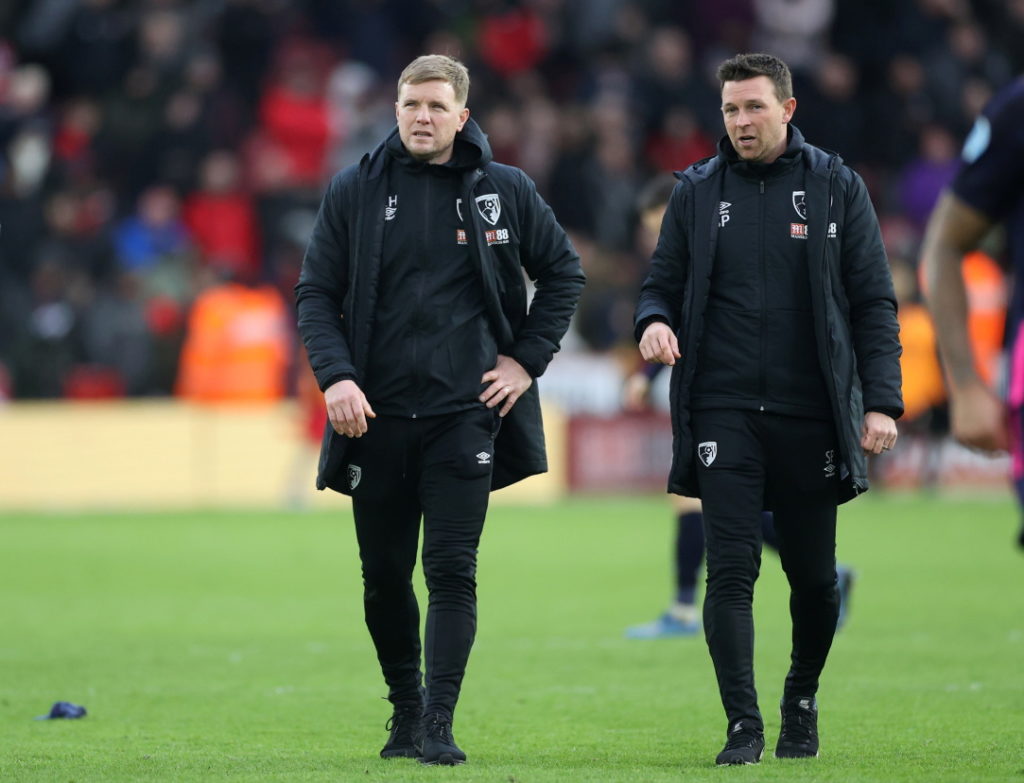 Eddie Howe has urged his Bournemouth side to bounce back and come out fighting when they return after the winter break.

The Cherries Premier League survival hopes suffered a setback as they slipped to a 2-1 defeat at Sheffield United on Sunday afternoon and the break could not come at a worse time for Howe’s side.

The defeat came after back-to-back league wins and leaves them just two points above the relegation zone, having played a game more than some of their rivals.

Howe’s men were starting to gather some momentum and at least a point would have kept the feel good factor heading into the winter break. Instead they have been stopped in their tracks somewhat and now have a 12-day wait until they return to action.

That game will see them head north again, this time to Burnley, on February 22, and it is another big one as they look to get out of trouble.

The boss reflected on the positives and negatives from #SHUBOU 👇

Howe was delighted with the way his side started the game and they took the lead Callum Wilson after just 13 minutes, but they could not build on it and the Blades hit back on the stroke of half time through Billy Sharp.

A point still would have been a good result but Lundstram then struck with just six minutes remaining to leave the Cherries empty handed.

“When we get the lead in these types of games we need to defend better. Their first bit of pressure and we conceded,” Howe said. “I think the way we started the game, you wouldn’t think we are in the position we are in. There’s things to grow from and stuff to learn from but we’re running out of games to keep saying that.

Howe then admitted that the break has come at the worst time, but says they will come back refreshed, rested and ready to go again.