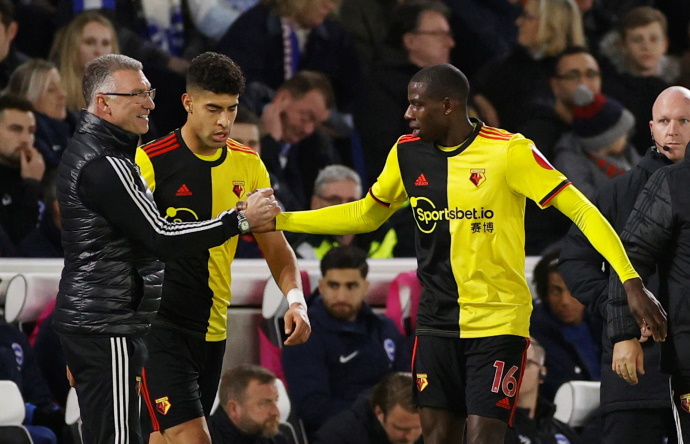 Nigel Pearson says his Watford side need to fight for every point when they return from the winter break as they look to stay in the Premier League.

The Hornets had been on a fine run of form following the appointment of Pearson, but have not picked up a win in the last four games and have been sucked back into the relegation zone.

They are still within touching distance of safety and are in with a chance of staying up but it is likely to go right to the wire and every point will be crucial.

Whether Saturday’s point in a 1-1 draw with Brighton turns out to be a huge one, only time will tell, but they should have had all three.

Watford took the lead after an individual effort from Abdoulaye Doucoure, but Adrian Mariappa turned the ball into his own net with just over 10 minutes remaining to ensure the points were shared.

The Hornets would have climbed out of the relegation zone with a victory at the Amex, but remain one point from safety.

Pearson said: “What we’ve got to try and do is set ourselves the challenge of trying to win every game which obviously won’t happen but the intention is to go out there and fight for every point that is available, how that pans out it’s difficult to know.”

The Hornets boss had said prior to the game he wanted his side to ease the burden on captain and top goalscorer Troy Deeney, and Doucoure delivered with his fourth goal of the season to give the away side the lead.

The French midfielder has thrived under the current Watford manager, scoring three goals and adding two assists in the nine games since Pearson took over in early January, and the boss praised his “wonderful” strike.

He said: “It was a really good goal. We always like to get the balance between defending high up the pitch, and sometimes a little bit lower, I thought we changed the tempo of our defensive situation very well in terms of pressing at a time when we made it difficult for them.

“So to win it back in the middle third and then create a goalscoring opportunity, I think shows what an effective counter-attack it was, and an absolutely wonderful finish.”