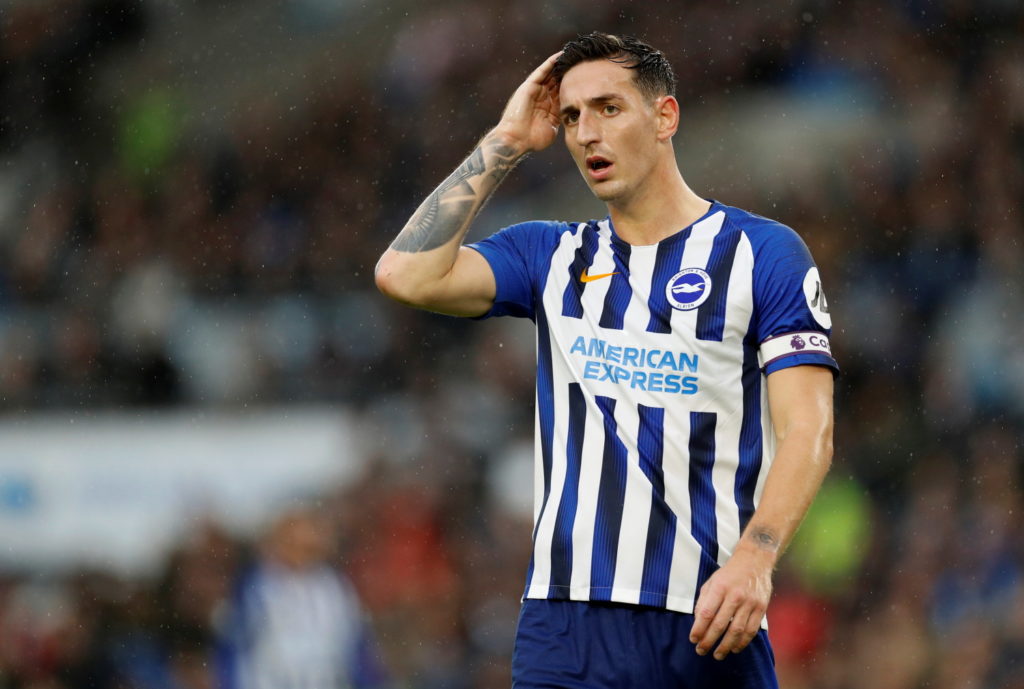 The Seagulls skipper has been linked with Chelsea although their manager Frank Lampard has played down the prospect of adding to his squad in the winter window.

Potter is aware of the rumours surrounding the centre-half but isn’t expecting Dunk to move on.

The 28-year-old signed a long-term deal with Brighton in 2018 and is under contract at the Amex Stadium until the summer of 2023.

“He signed a long-term contract (July 2018). We are quite relaxed about the situation,” Potter said this week.

“I have really enjoyed working with Lewis as a footballer and as a person. He is really important for us and we are really happy that he is with us.”

Dunk, who earned his only England cap in November 2018, has spent his entire career with Brighton, aside from a brief loan stint at Bristol City, and is closing in on 300 appearances for the south-coast outfit.

The Albion captain has missed just two Premier League games this season as he was absent for the visit of Leicester due to suspension and sat out the Boxing Day defeat at Tottenham through illness.

Albion apparently value Dunk at around £50million and that asking price is likely to put off most potential suitors.

Potter has also played down adding to his squad in the winter window but hasn’t completely ruled out making any signings in January.

If Brighton were to receive an acceptable bid for Dunk and sanction a January sale, Potter would be keen to sign a replacement for the rest of the season although that scenario looks unlikely at this stage.