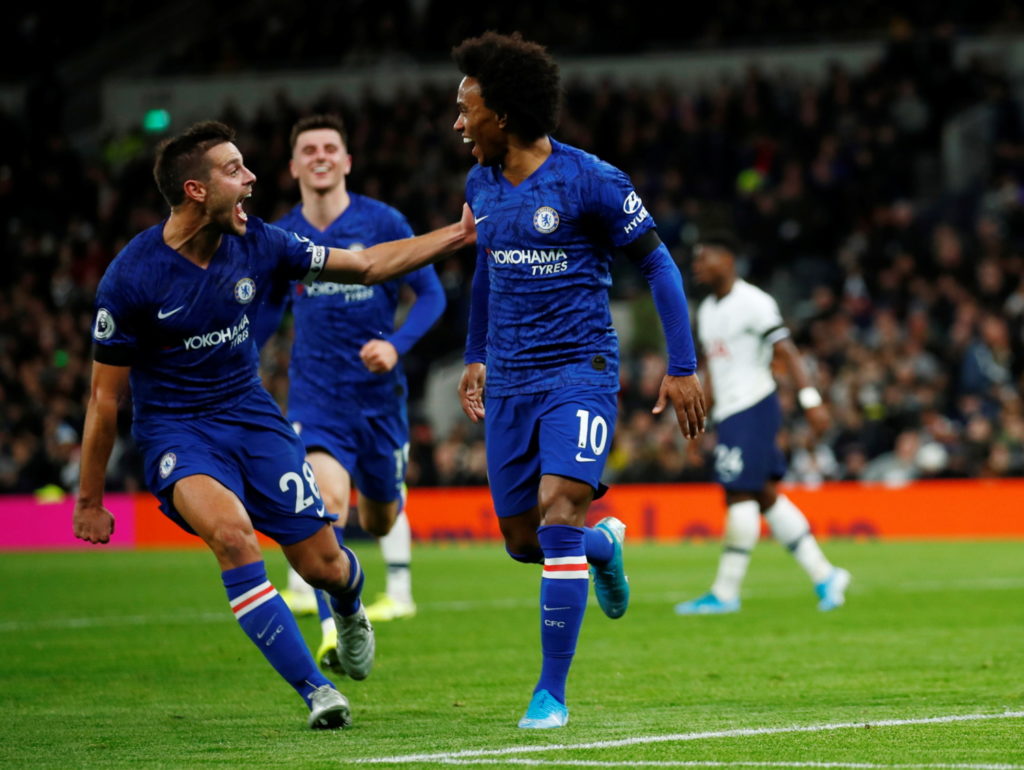 Chelsea boss Frank Lampard says Willian won’t be leaving the club in January and he hopes the forward will sign a new deal.

The Brazil international is due to fall out of contract at the end of the season and could leave as a free agent in the summer, while Willian is free to negotiate a pre-contract agreement with a European club during the January window.

Barcelona have been linked with the former Shakhtar Donetsk man at regular intervals in recent times, but Lampard has categorically ruled out a January exit and hopes a new deal can be agreed.

“Willian is not going anywhere,” he said. “We know his contract is up at the end of the season. He’s in conversations with the club, which are still ongoing.”

Willian, 31, joined Chelsea ahead of the 2013-14 season and has won two league titles, the FA Cup, the League Cup and the Europa League during his time at Stamford Bridge.

The January transfer window is Lampard’s first chance to add to the squad he inherited from Maurizio Sarri as Chelsea were operating under a transfer ban last summer.

The Blues have been linked with a number of players over the last few weeks although Lampard has indicated he could opt not to bring in any new faces during the winter window.

Chelsea have snapped up teenager Bryan Fiabema this month and he will link up with the youth set-up rather than the senior team.

The Chelsea boss says he will “think ultra-carefully” when it comes to new signings in January and ruled out any “knee-jerk reaction” to his club having their transfer ban overturned and being able to make his first signings.

Chelsea sit fourth in the Premier League table and have a five-point lead over Manchester United in fifth. It seems Lampard would be more than happy to go through to the end of the campaign with his current squad.