Murray has role to play but Bong set for Brighton exit 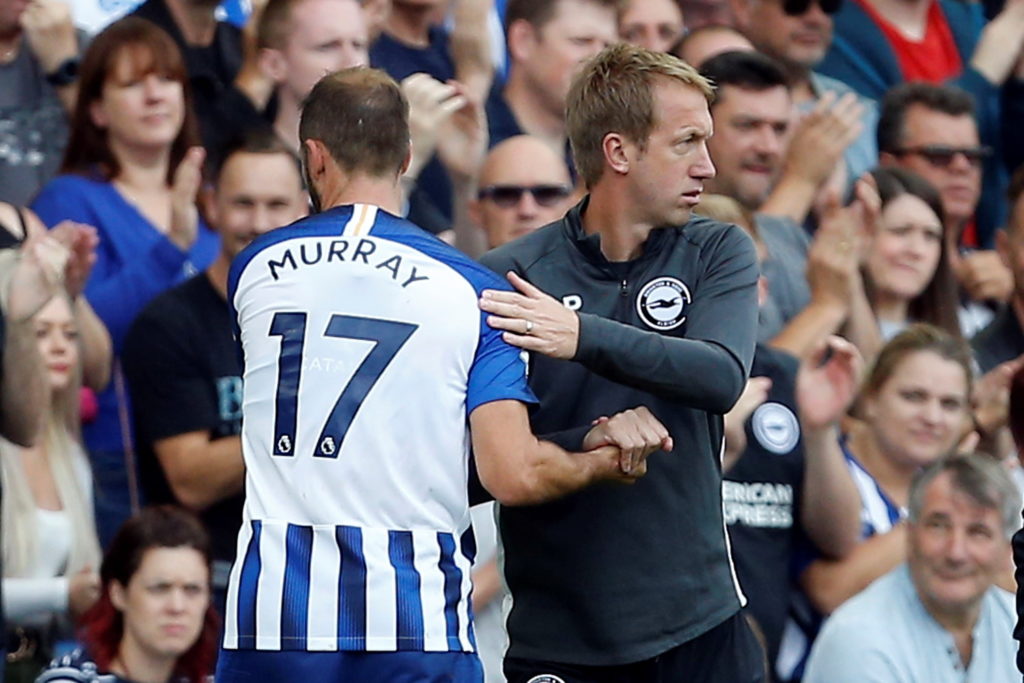 Brighton boss Graham Potter says veteran striker Glenn Murray will not be leaving the club although the same cannot be said for Gaetan Bong.

English striker Murray has been reduced to a bit-part role under Potter this season and the 36-year-old has been linked with several clubs across the UK, including Premier League side Aston Villa, Championship duo Nottingham Forest and Reading, as well as Scottish champions Celtic.

The Maryport-born star, who has scored 110 goals in two spells with the Seagulls, is believed to be interested in securing a move away from the AMEX Stadium in order to gain more first-team opportunities for the remainder of the campaign.

However, Murray doesn’t look like he will be leaving the south coast before the transfer window shuts on Friday after Potter revealed the striker still has an important part to play this season.

“He’s played a role in what we’ve achieved although he would like to play more, which is understandable,” he said at a press conference. “I’m continually speaking to the player, he’s a top professional, that’s always been our relationship and I’m really happy with him.”

One player poised to leave Brighton is defender Gaetan Bong, who is in talks with Nottingham Forest. The 31-year-old has not appeared in the Premier League since October and will be out of contract at the end of the season.

When pressed on the matter, Potter said: “Nothing is confirmed and we are not at that stage where we can announce anything. If and when something does happen, we can speak about it then.”

Brighton, who are without a win in their last five matches in all competitions, are back in top-flight action on Saturday when they make the trip to the London Stadium to take on West Ham United, who are only outside the relegation zone on goal difference.