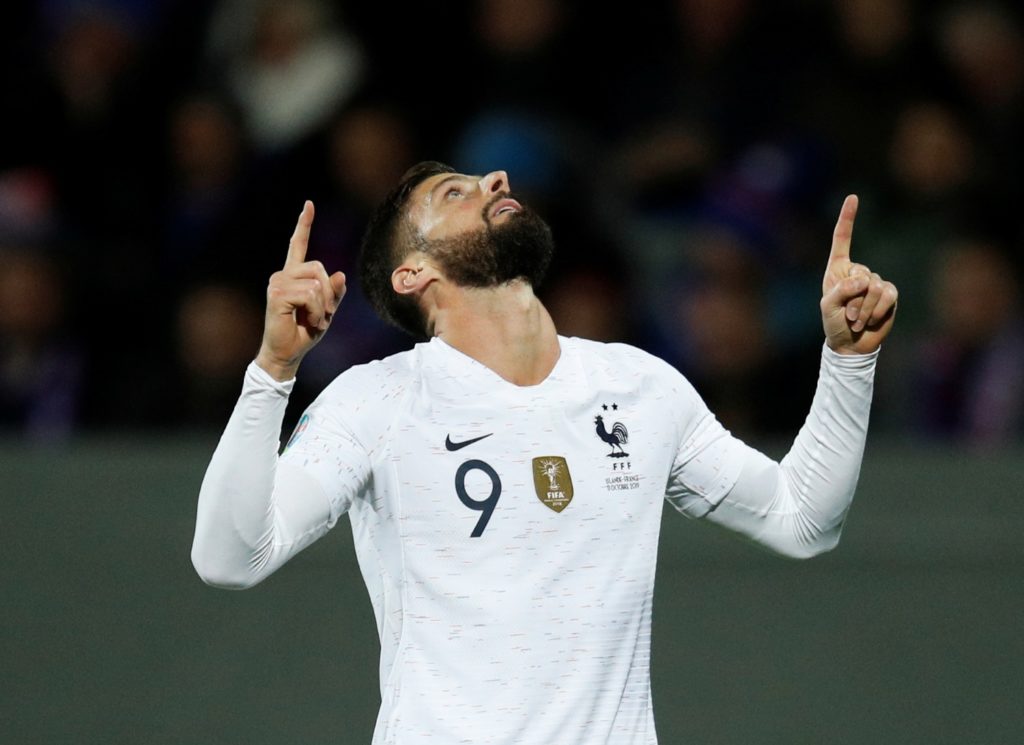 With Euro 2020 approaching, there are players across Europe angling for January moves to boost their international hopes - including Chelsea's Olivier Giroud.

Giroud was a key man in the France squad during Euro 2020 qualification and managed six goals in 10 games.

However, with game-time hard to come by at Stamford Bridge, he needs an exit in the January window to remain in contention for a place in the squad.

Newcastle and Tottenham are among the clubs interested in the former Arsenal forward and Giroud will hope a deal can be agreed before the transfer window slams shut on Friday.

At 33, Euro 2020 may be his last chance to play in a major tournament for his country and he isn’t the only player seeking a January transfer in order to feature in the competition this summer.

AC Milan striker Krzysztof Piatek was struggling for action even before Zlatan Ibrahimovic returned to the San Siro and now he desperately needs an exit if he is to secure a spot in Poland’s Euro 2020 squad.

Premier League outfit Tottenham have been linked but a move to the Bundesliga looks the more likely scenario for the former Genoa man as Hertha Berlin are believed to be winning the race for his signature.

Competition is fierce in the wide areas for France and, if Lemar is to secure a place in Les Bleus squad for Euro 2020, he needs to be playing regularly in the latter half of the season.

There could be interest from the Premier League as Arsenal, who tried to sign him from Monaco back in 2017, have been linked.

Lemar may also have the chance to return to France as Lyon have been tipped to make a loan offer with a view to buying in the summer.

It is a bit of a mystery how Christian Benteke is still getting called up by Belgium given his struggles at club level but the Crystal Palace man was in their squad for November’s Euro 2020 qualifiers.

The 29-year-old has a decent strike rate at international level, with 15 goals in 37 games, but for Palace this season he is yet to find the back of the net in 15 Premier League games.

It remains to be seen if Benteke will move on before the transfer window closes although former club Aston Villa have been tentatively linked as manager Dean Smith bids to bolster his attacking options.

Fellow Belgium striker Michy Batshuayi is also in need of a January switch given he is down the pecking order at Chelsea.