No substance can only lead to relegation for Potters 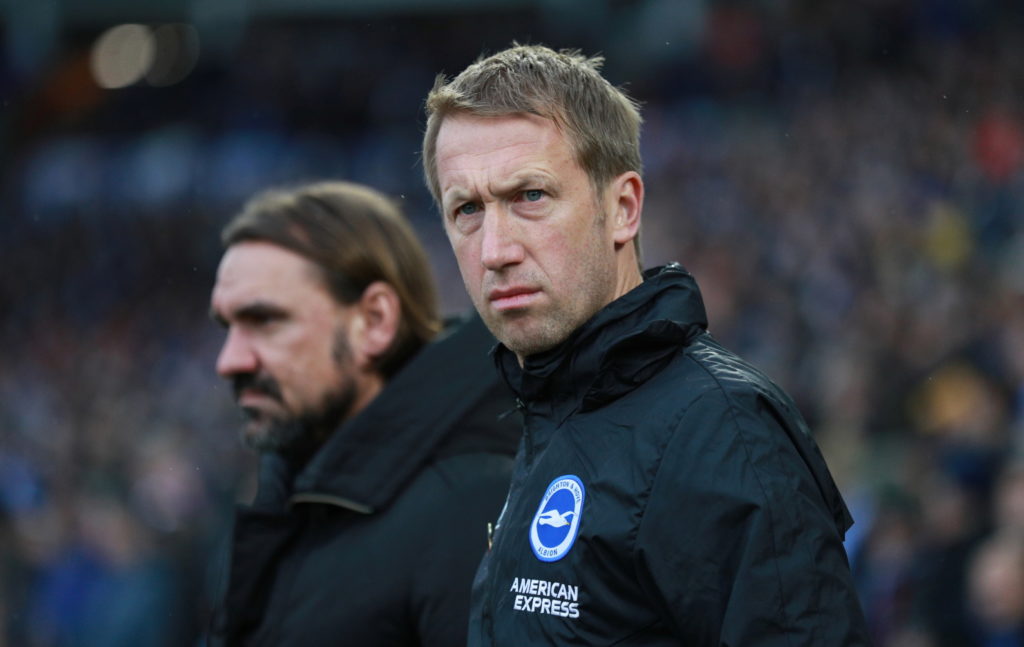 Brighton are fighting for their Premier League lives which opens up the debate once more involving style over substance.

There was no question that the Seagulls were not easy on the eye under previous manager Chris Hughton but he took them to the promised land and kept them up before being unceremoniously sacked at the end of last season.

The jury remains out on his removal, with sections of the media suggesting he was harshly treated while others believe it was the only way to progress the south-coast club.

Fast forward to March 2020, and there is little difference to Brighton’s position, as they sit three places but only one point above the dreaded drop zone.

A glance at the club’s upcoming fixture list is enough to give supporters nightmares as they must play Wolves, Arsenal, Leicester City, Manchester United, Liverpool and Manchester City before the dust settles on the campaign.

They do finish with more manageable games against Southampton, Newcastle United and Burnley but the damage may already have been done by then.

Potter has managed to turn around Brighton’s style in a short space of time and, from a pragmatic approach under Hughton, they now play a more possession-based game.

They are on track to increase the number of top-flight goals scored from last season’s woeful 35, with 32 from 28 games played, but cannot buy a win at present.

Their 10 draws have kept their noses above water but, with what is on the horizon, it may not do so by close of play on May 17.

Only once in 2020 have the Amex outfit scored more than one goal in a Premier League match and that ended in a 3-3 draw away at West Ham United.

That miserly return puts enormous pressure on the rearguard who know they must keep a clean sheet to take all three points.

Just six wins all season and none in the past eight games is undoubtedly relegation form and, all the improvement in playing style will count for nothing if they do drop into the Championship.

It is a hard fact for fans to take but the lesser clubs need to be practical about how they adapt to life in the top flight as it is the toughest league in the world.

Hughton may not have been a universally popular figure but the fans would surely now take what he gave them last season if it guaranteed another campaign in the Premier League.